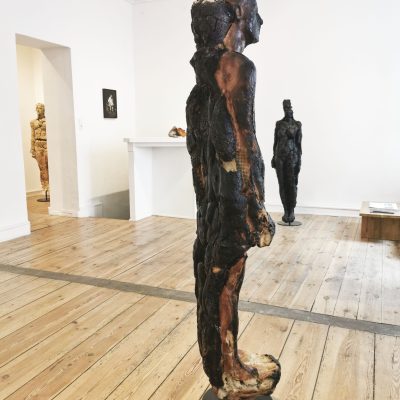 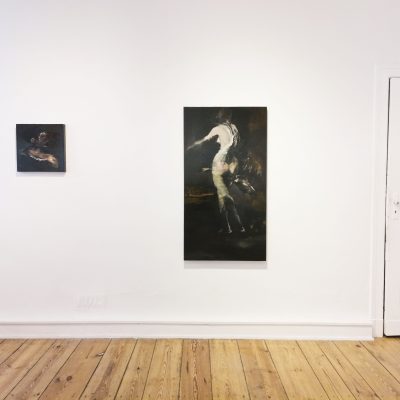 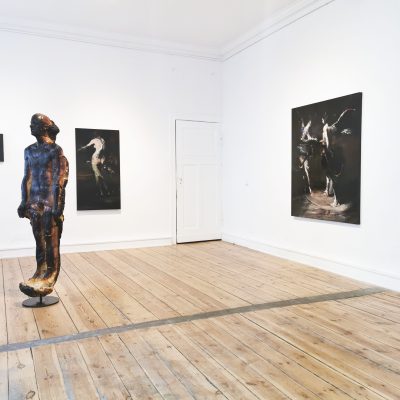 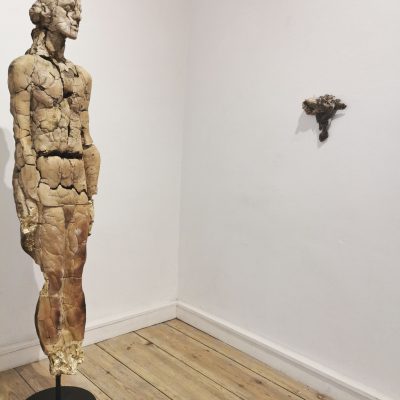 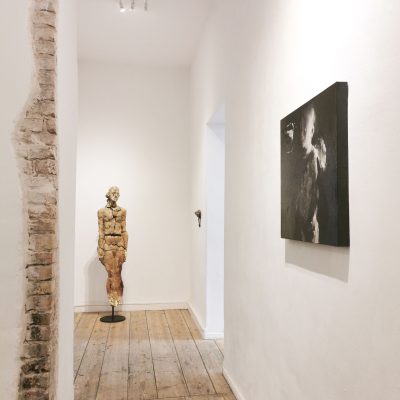 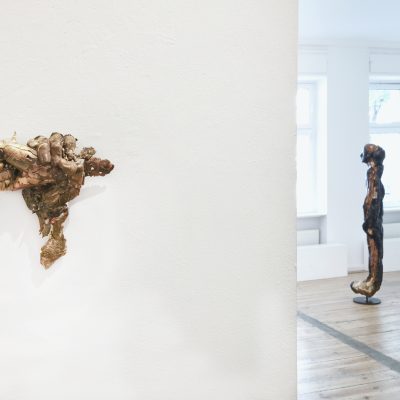 The exhibition SEMITA LUMINIS curated by ISORROPIA HOMEGALLERY at
Luisa Catucci Gallery in Berlin, presents the work of the Italian painter Maurizio L’Altrella and the Italian sculptor Matteo Lucca.
In Latin “Semita Luminis” means Path of Light, intended both physical and metaphysical. Being both L’Altrella and Lucca strongly fascinated by archaic spiritual philosophies, the death-life cycle and its bond with sensuality, sexuality, and fertility – not as mere human necessities, but as philosophical concepts ruling the whole existence – the exhibition displays a series of works dwelling on existential matters, investigating the consciousness, without sparing its dark sides, but leading inevitably to a bright and light outlet.

The transience implicit in the material chosen by Matteo Lucca for his sculptures, the bread, even if treated to resist long in time, it is truly an homage to ephemerality, intended as perpetual creative process where nothing ends, but transforms, in the eternal dance of cosmic life and creation. A proper Heraclitan Panta Rhei. The artist idea of creating by himself his material by mixing flour, salt and water, and the choice to center his work around the human figure, enriches Lucca’s work with the metaphorical symbol of Creation, with the artist investing the role of the Creator self, making the whole the process to be very close to a religious ritual. The artist’s fascination for ancient Etruscan art and death rituals is quite evident in the aesthetic result of his work, even if the decorations the Etruscan used to enrich their tombs with, are substituted by the artist with the strong symbology bread gained in time, and its very high social, economic and humanistic significance, as to underline the intrinsic high value and potential of every human being.

Maurizio L’Altrella takes his Inspiration by the old Masters of Art History, and like Rubens he excels in the art of setting his figures in motion, questioning the infinite potential and possibilities of human mind, and its deep secrets and symbols. The color palette chosen by the Italian painter underlines his psychological explorations of the human mind, represented by the archetypical subjects of his paintings. Subjects that turn out to often be supernatural and spiritual beings, as best representation of the yearned spiritual growth that humanity gasp since the beginning of times. The romantic fear of facing the demons poisoning the existence, gets intertwined with the idealization of the archetypical figure, resulting in macabre paintings where the unsettling feeling caused by the exploration of the dark recesses of psychology becomes the real subject, as if Francis Bacon and Hery Fuseli decided to join forces in their attempt of depicting the soul’s conflicts in its metaphorical walk through a Semita Luminis. 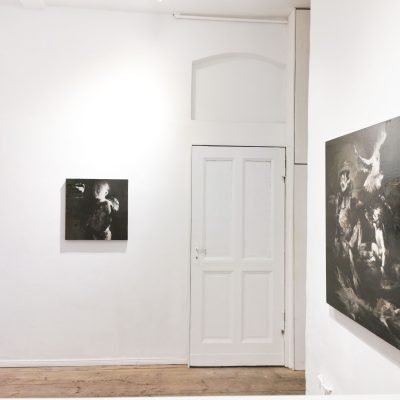 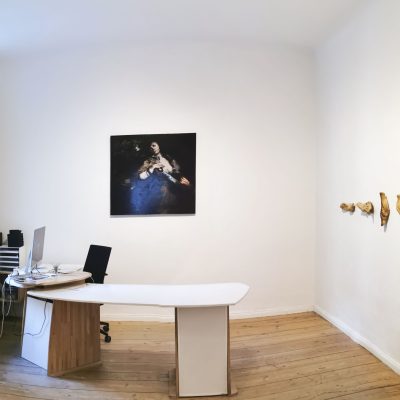 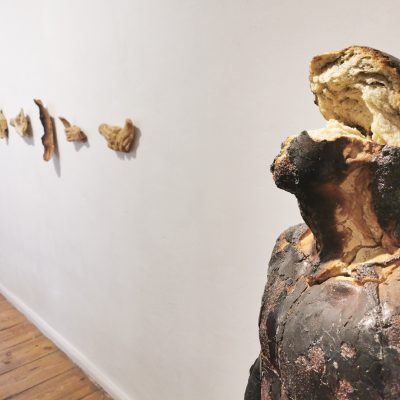 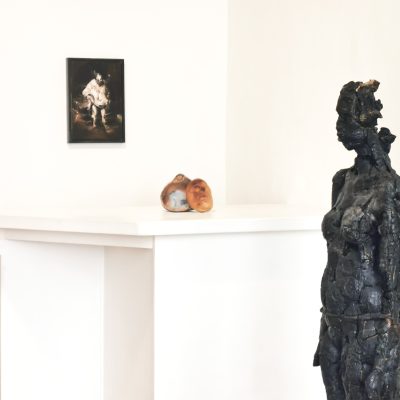 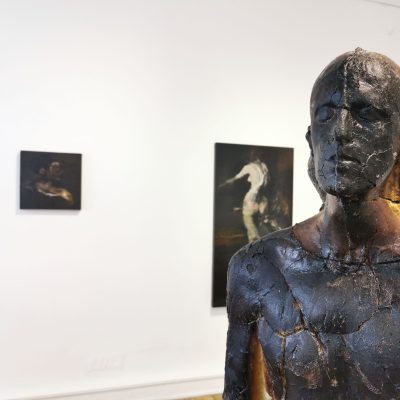 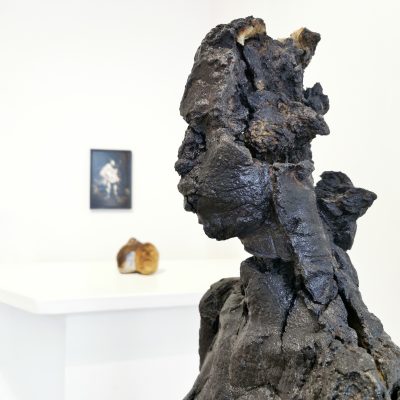 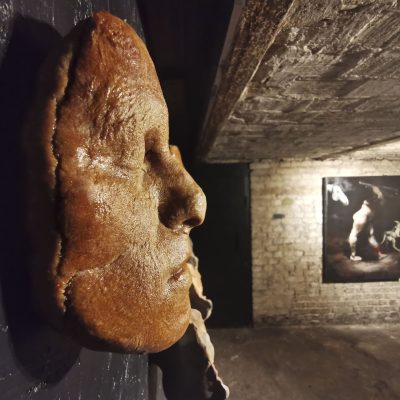 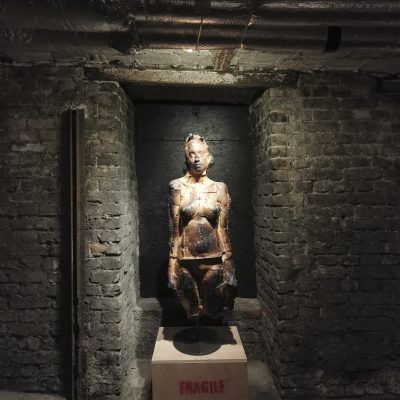 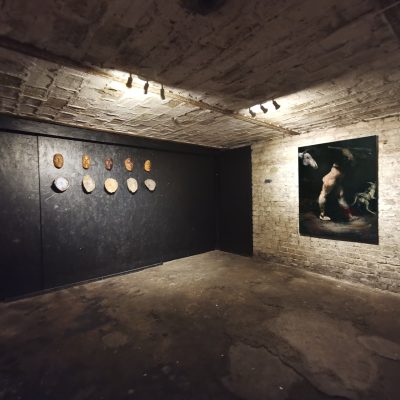