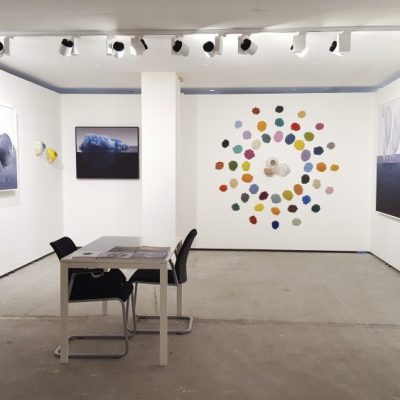 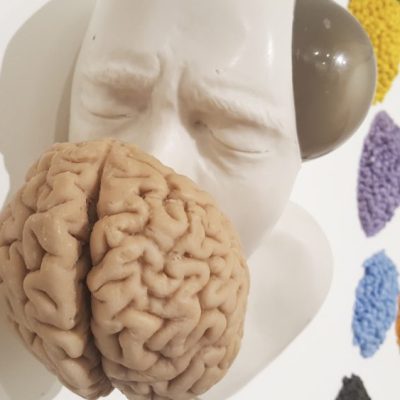 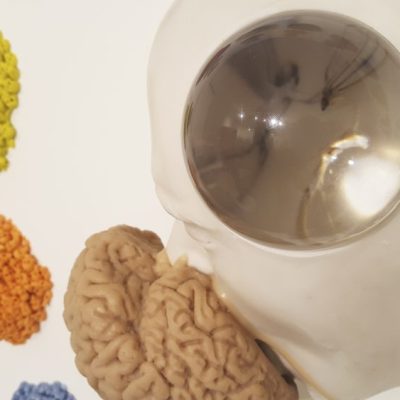 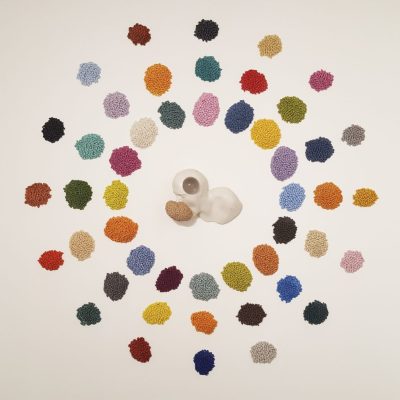 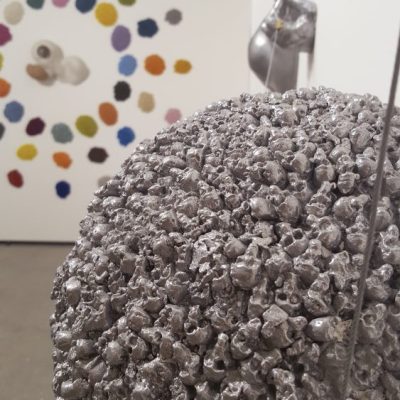 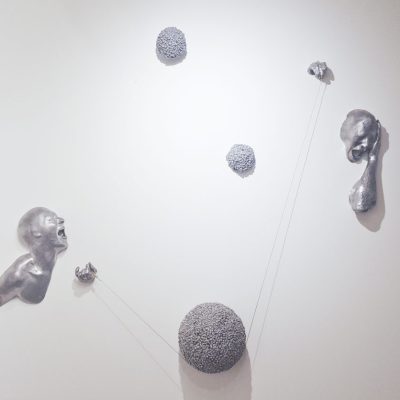 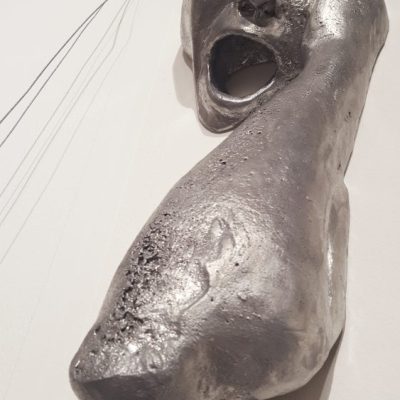 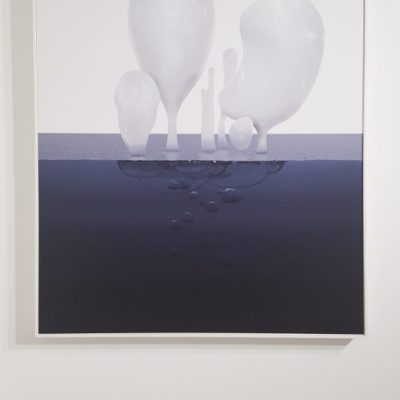 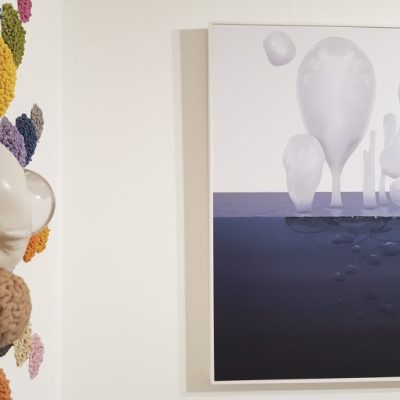 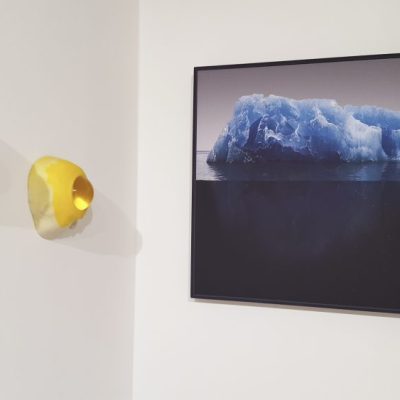 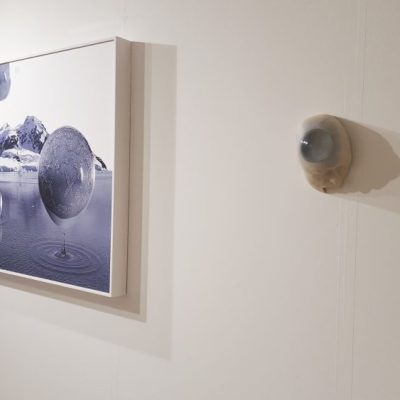 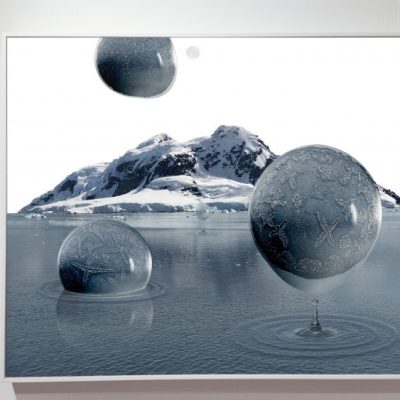 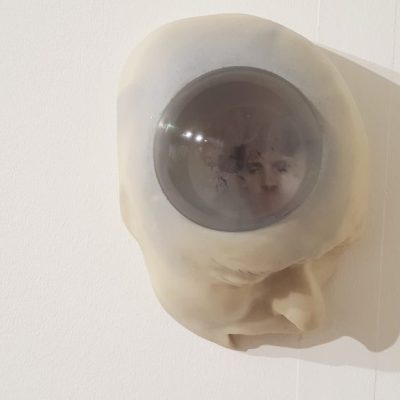 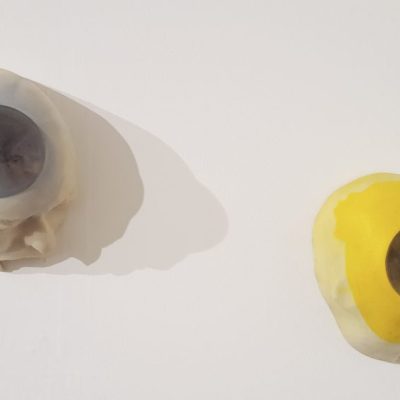 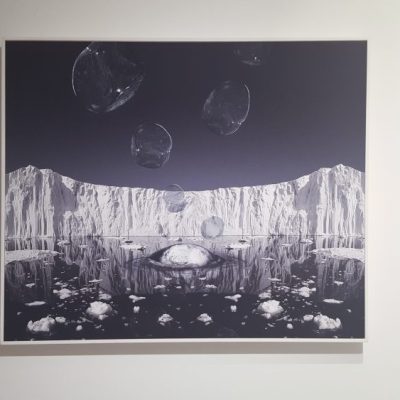 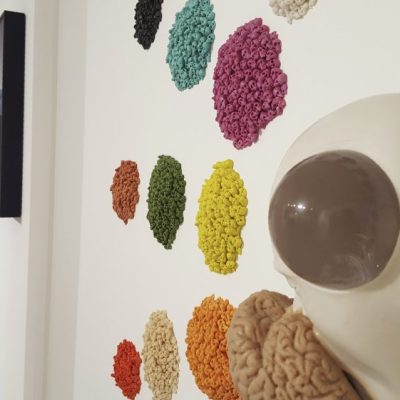 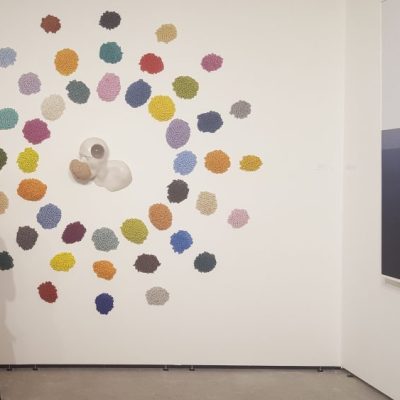 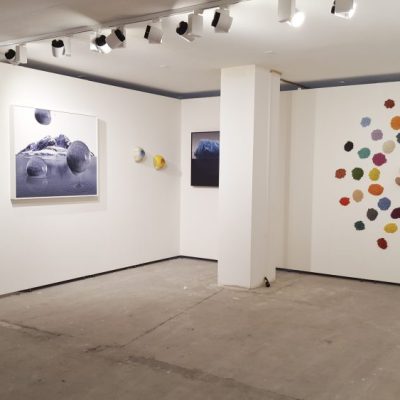 PRICELIST AND ARTWORKS DETAILS ON OUR ARTSY PAGE

Focusing respectively on natural elements and on individual subject, the works of these two visionary artists seem to share a fundamental common will: ponder about the link between fiction and reality, and the consequent philosophical, ethical, mystical and social considerations.

Aqua Aura‘s works show imaginary landscapes where elements of different nature combine themselves creating a very plausible and realistic reality: images refusing to be categorised just as “photographs” but expanding into paintings soaked into mystic and philosophy, as a proper contemporary alchemical statement. A sort of parallel universe, captaining and unsettling at the same time.
The artist applies the process of transmutation to the elements of his compositions: by forcing them into an ecosystem to which they don’t belong, they transform the illusory naturalness of something pre existing, embracing a new role and a new reason to be.
Emblems of the encounter between different universes and temporalities, these works address the viewer indirectly, inviting them to take part to a subtle translation’s game, which draws from the optical unconscious with the aim to subvert it and reveal its hidden potential.
Even the artist’s working methods recalls those of an old-time alchemist: each one of his perfect landscapes is, in fact, the result of a complex procedure: capture, selection, fusion, post production. Calcinatio, solutio, coagulatio, sublimatio.

Lidó Rico sculptures – in complete contrast with Aqua Aura’s work – focus on the human subject, even if deprived of his individuality thanks to the use of masks or stereotyped gestures pushed to the extreme.
Although being a faithful representation of the emotional state of a single person, the expressive gestures of Lidó Rico’s works appear to be strictly related to performance, maintain a theatrical distance from authenticity. This sort of tension between two apparently contradictory elements – reality and fiction- becomes a fundamental topic in the work of the Spanish artist, a friction where every gesture is and, at the same time, is not what it represents.
Finding the balance between these contradictions, Lidó Rico’s work addresses the universal while focusing on the individual, in the attempt of freeing a grimace that is never fully subjective but belongs to that “other” in which everybody can easily recognise him or herself.
Since the beginning of his career, the Spanish artist has been developing one of the most regular, constant and personal body of works inside the Spanish art scene. A body of works in which the eminent aesthetic of the materials used in his sculptures combines itself with an indisputable performative and gestural component. Result of a violent process of gestation where the artist, in a sort of ritual act, submerges his body in plaster in order to create an empty mould that will be subsequently filled with polyester resin, Rico creates fragmented bodies and dislocated faces that literally emerge from the walls as if they wished to find relief from their own tyranny.

PRICELIST AND ARTWORKS DETAILS ON OUR ARTSY PAGE