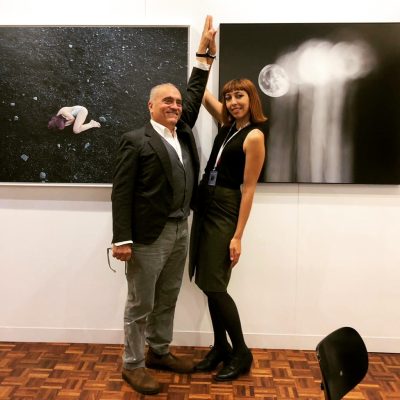 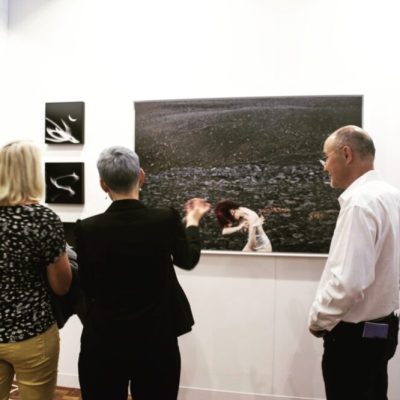 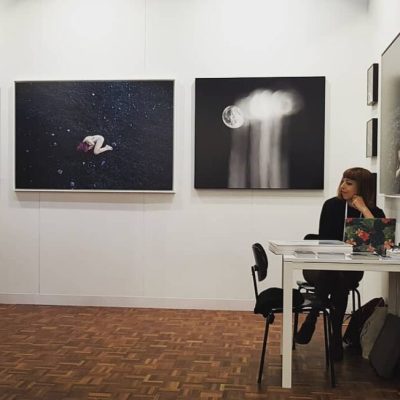 “The moon”
Exactly 50 years ago the epic sentence “one small step for a man, one giant leap for a mankind” was
pronounced with emotion and enthusiasm to confirm the first landing one the moon, after several
attempts, by the human being.
Now, 50 years later, space technologies have challenged the universe by getting a high knowledge
about it, getting closer and closer to discover what is going on other planets.
Anyhow, the role of the moon keeps being essential for our planet, not only for clear scientific reasons but
also, for what it represents in a symbolic and philosophical way for us.
The red link bonding the photos of the Italian artist Edoardo Romagnoli and the Spanish photographer
Irene Cruz is actually the moon. Both artists are working on the same subject with a totally different
sensibility and approach.
The very first encounter between Edoardo Romagnoli and the moon has to be traced back to 1990 and
since then, the love story between the Italian artist and the elusive satellite has never come to an end.
Never tired of observing the moon, Romagnoli produced several photographic series where the satellite is
still the only subject of his shots, allowing it to glow with her own special light without adding any
artificial enhancement that would deprive her of her mystery. Always looking for calm places with no
artificial light, Romagnoli catches the simple essence of the moon and its movement.
On her side, the Spanish photographer Irene Cruz with her series “Moonlight” is making an homage
between the moon and the feminine dimension. In fact, she realized her series during a full moon night in
Iceland where a delicate feminine model is captured during her dialogue with the sky and the moon. As a
matter of fact, the moon is one of the oldest symbols of humanity, it represents the maternal female
archetype par excellence and it is connected to biological rhythms, water, tides, female cycles, the
transition from life to death.