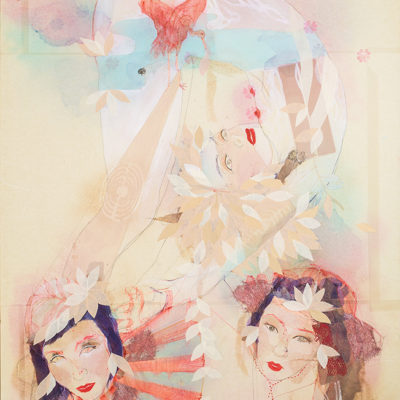 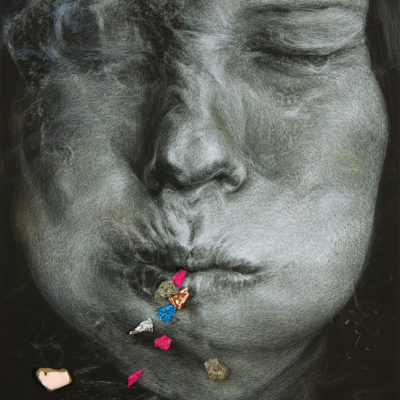 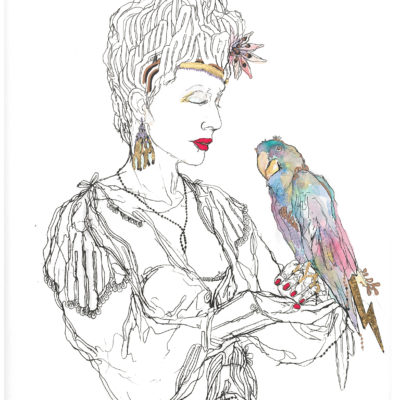 For the Artworks and Price List scroll down>download dossier

For the very first edition of PAPER POSITIONS FRANKFURT

we decided to present a dialog between two very strong lady artists: the German Maike Freess and the Italian Elena Monzo.
Both artists are centring her research on human figure and feminine psychology, in a very different way.

The virtuous drawing technique of the German artist Maike Freess, rich in an inexhaustible source of imagination, has an innate magnetic force, almost brutal. It is no longer the mere aesthetic pleasure to push the viewer to look at her.
Maike Freess works indiscriminately with different media: photography, sculpture, video and installation, but her main production is nevertheless bond to drawing, technique through which she achieves a sort of hyperrealism.

Men, women and child are portrait in their most intimate condition, in spaces where anything is granted, as suspended in the oneiric moment between wakefulness and slumber. “Beauty”, “proportion” are just starting points. In her drawing process, the subjects start transforming, as something hidden and repressed would be revealed, something secretly desired, mixing up fiction and reality.

Elena Monzo instead approaches her work in a sort of pop meet punk way.  The ephemeral society and the feminine figures are the most recurrent topics in her research. They are described in each side of their obsession: the outfit to comply with the mass culture standards and the maniacal attention to details, together with the need of reflecting a precise flawless image. The aim of the artist is to underline the decay of society totally fixed upon aesthetic rules. The tools used by the artists are acrylic colours, graphite, make-up, textures strips and glitters, which unite the different parts of the bodies creating a chaotic and visionary whole.

download the dossier
share on
We use cookies to ensure that we give you the best experience on our website. If you continue to use this site we will assume that you are happy with it.OkRead more