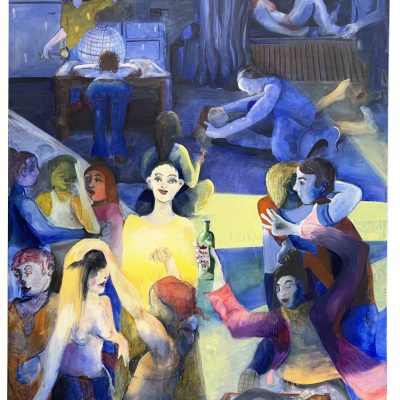 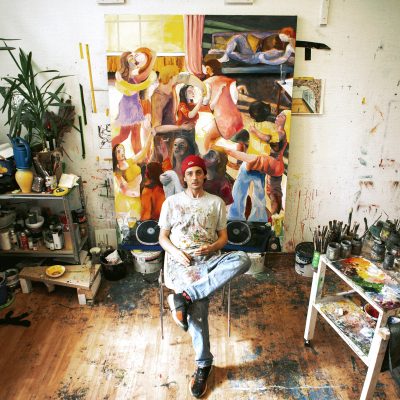 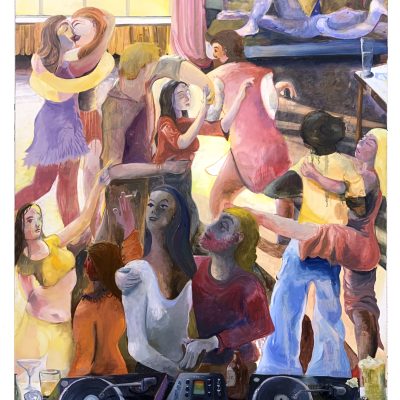 The exhibition LOST MILLENNIALS presents a dialog between British artist William Grob, and French artist Valère Mougeot, both part of the Millennials Generation, also known as Generation Y. The show takes the title by the series of paintings that William Grob started during the pandemic, when for the first time he, like the most people of his whole generation, experienced the time going on a less speedy rhythm, allowing him to catch up with his own thoughts and reflections on life, identity, and circumstances. The same happened to Valère Mougeot, that took advantage of the forced stop to ponder on his situation, and ending up deciding to quit his secure job as a graphic designer to plunge into a full time investigation of the reality through his artistic practice. 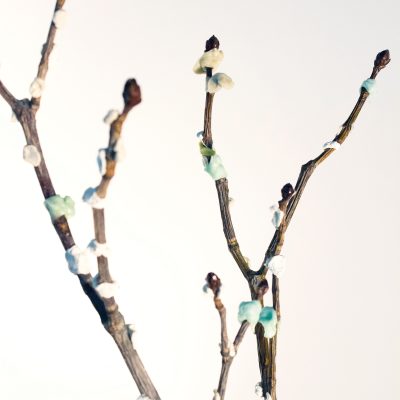 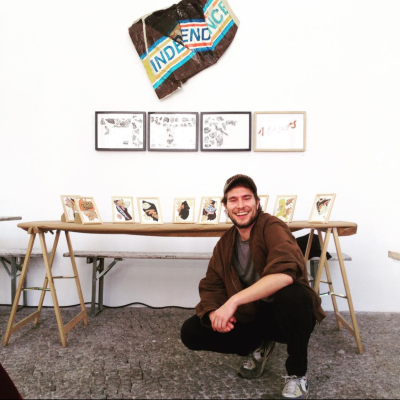 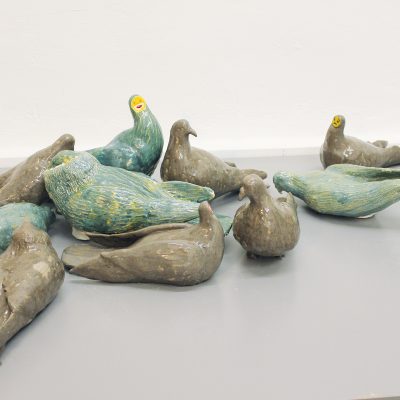 Millennials are facing a rough time figuring out their position, being lost, and confused by the schizophrenic-bipolar claims of modern society. They are required at the same time to be ecological, though compulsive consumers, to be sympathetic, though egocentric individuals, to not be racists, thought to be scared by everyone different, to be sexually promiscuous, while keeping the classic family structure, bypassing the gender, in some part of the world, but not the structure. Millennials were told they could do anything and be anyone, to dream big, to pretend for their dreams to come true, without facing the impossibility of such a statement, especially on an overpopulated, saturated planet. We are actually talking about a generation that for the large part got deceived by society, filled up with untrustworthy news and empty over- communication, tricked by social media, and abandoned by faith and religious beliefs. Yet, at the same time, this generation proved to be interested in making substantive important changes in the world they’ve grown into and to be substantially optimistic, not easy on surrendering. Both William Grob and Valère Mougeot try to look at the world honestly with open eyes, without turning away from its unflattering sides. They believe that the people and the surrounding objects, regardless of the higher divisions of beautiful and ugly, are worthy of being portrayed. They realize that the multiple paradoxes of their reality and society need to find their place in the art world. This démarche, while it brings the work of both William Grob and Valère Mougeot in strong relation with the Berliner Dada and New Objectivity movements from the 20s, it also instigates the viewer on strongly reflecting on the status quo of the present. 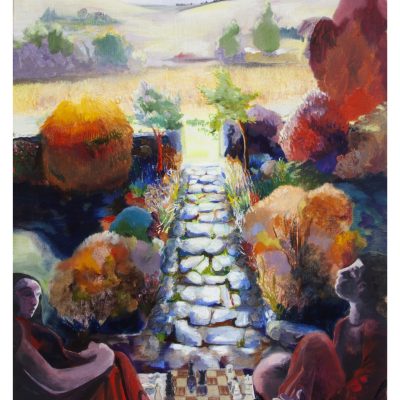 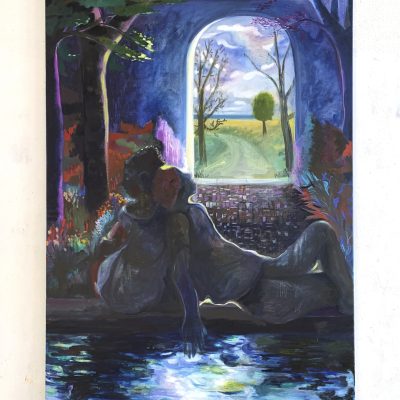 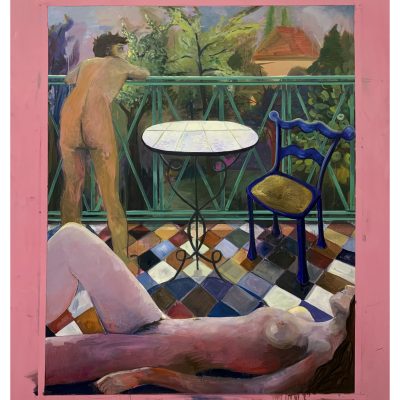 Grob’s paintings create an environment allowing the subject to take enough space to reflect on the emptiness coming from the abundance of information. These paintings are like a moment of calm, a break in the noise, a pause in the time stream. At the crossroad between an overpopulated scene by Nicole Eisenman and a silent landscape by Peter Doig, William Grob’s paintings depict familiar, but yet not specific surroundings populated by with familiar, but yet impersonal characters, bringing the viewers to immediately empathize with the scene, getting in immediate relation with these Neo Figurative familiar fantasy worlds. By sharing his fantastic reality this young artist invites us not to lead our thoughts into be pulled into bleakness, but to recognize that, even when we are all on a blind journey in a confused and confusing reality, there is the possibility to take the rightful pause and distance to recognize the light at the end of the tunnel, directing our journey to fulfillment.

The work of Valère Mougeot, strong of a series of undeniable references to notorious pop-art pieces, is characterized by the interrelation of elements, which invite a multilayered dialogue between the verbal and the visual. Using different forms – from painting to sculpture and installations – he intends to recreate with both irony and melancholy a confusing environment reminiscent of the public and urban space, his main source of inspiration in everyday life. He diverts its signs, re-uses poor or raw materials as well as manufactured objects. By creating associations, and hybrid compositions, he wills to give them a new voice and thus recreate a partially animated space where each piece, a fleeting trace of the human interaction, becomes an autonomous messenger according to its mode of appearance. He intends to provoke in the viewer – a stroller stuck between the state of a simple passerby and that of a reflective reader – a questioning of its attentive ability to decipher the signs of personal and interpersonal conflict that our contemporary societies can generate.