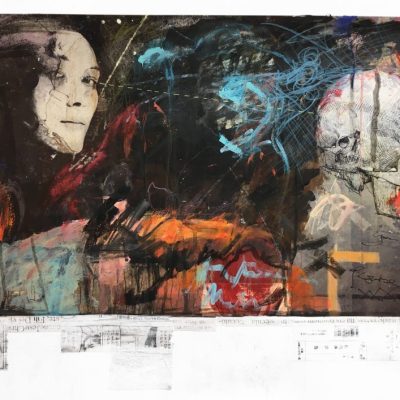 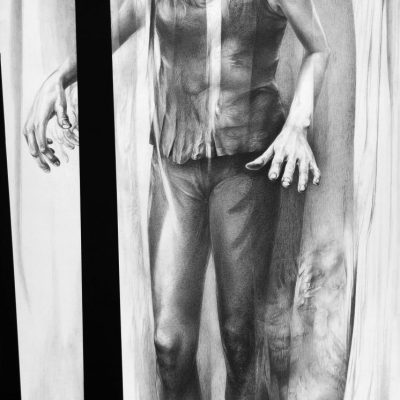 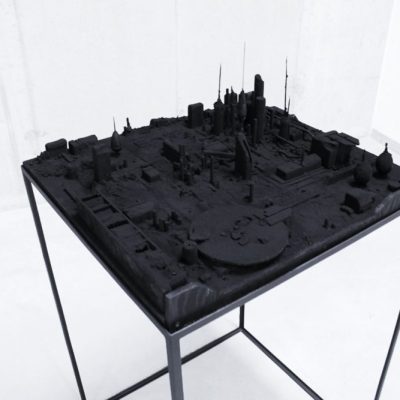 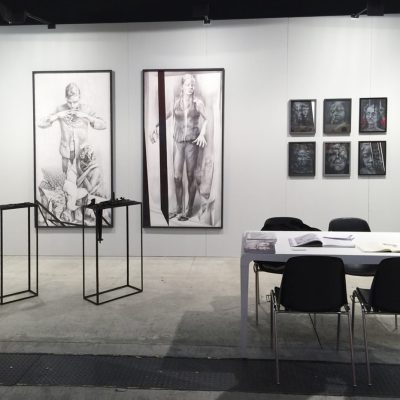 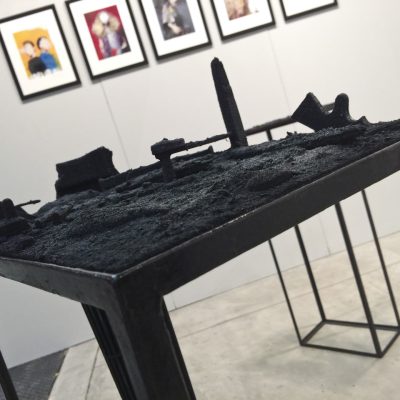 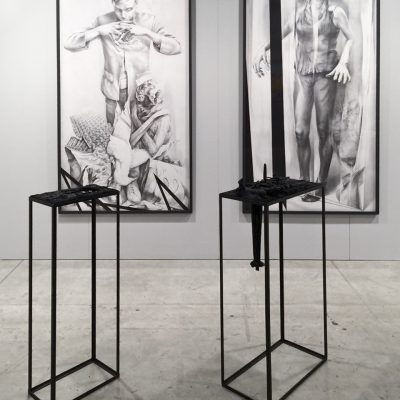 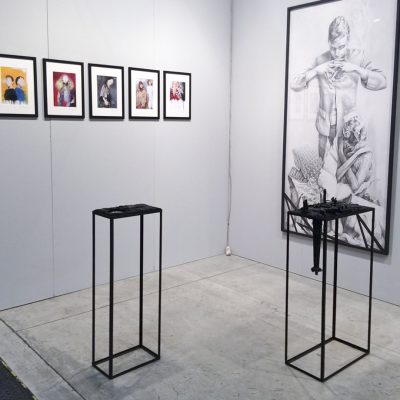 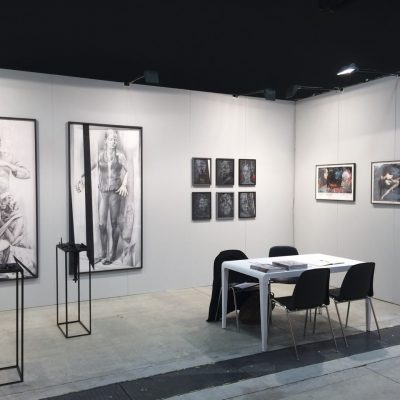 Artists Maike Freess, Jaya Suberg, Marco Rea, and Fabio Romano are associated by artistic research on the contingent reality of humanity, in its physical and metaphysical aspects.

The virtuous drawing technique of the German artist Maike Freess, rich in an inexhaustible source of imagination, has an innate magnetic force, almost brutal. It is no longer the mere aesthetic pleasure to push the viewer to look at her work, but an irrepressible impulse of attraction tingling with something that is more closely related to a reverent and archaic fear. The children, women and men she depicts appear with an incredibly intense expressive intensity, suspended in apparently empty spaces, where nothing is certain but where the latent tension is strongly perceived.

Even in the work of the Berliner artist Jaya Suberg, the human body is the central subject, composed remarkably with depleted color within an intra-psychic atmospheric space. The background painting is crude, instinctive, strong in almost primordial gestures, and overlaps, confusing, with young and delicate women of almost supernatural beauty, previously photographed by the artist.

The Roman artist Marco Rea instead voices his creativity by using spray cans on advertising products such as fashion catalogs, perfumery billboards, covers or pages of fashion magazines. It is not an act of criticism, but adding to the stolen image the important layer of his surrealistic pictorial gesture, Marco Rea goes to distort the profounder of identity, raising it from a commercial image to a metaphysical emblem where chaos and rationality blend, opening the door to the possibility of knowledge.