Two galleries in two very different city areas – Schillerkiez Neukölln and Charlottenburg- understand the importance of synergizing to push the spinning of the recovery of the cultural and artistic scene, after this long challenging time. The occasion of such a powerful exhibition seemed the perfect opportunity to do so.

The show will open its doors at first at Luisa Catucci Gallery, presenting for the very first time, Omar’s latest masterpiece: the Berlin City District Map, made out of 15,000 hand-painted spray-can caps, and a selection of works from each of the series of Hassan’s artistic research.

The exhibition will open at second at Bermel von Luxburg, in the occasion of Berlin’s Gallery Weekend, and will present a selection of works from  Hassan’s series BREAKING THROUGH and INJECTIONS. 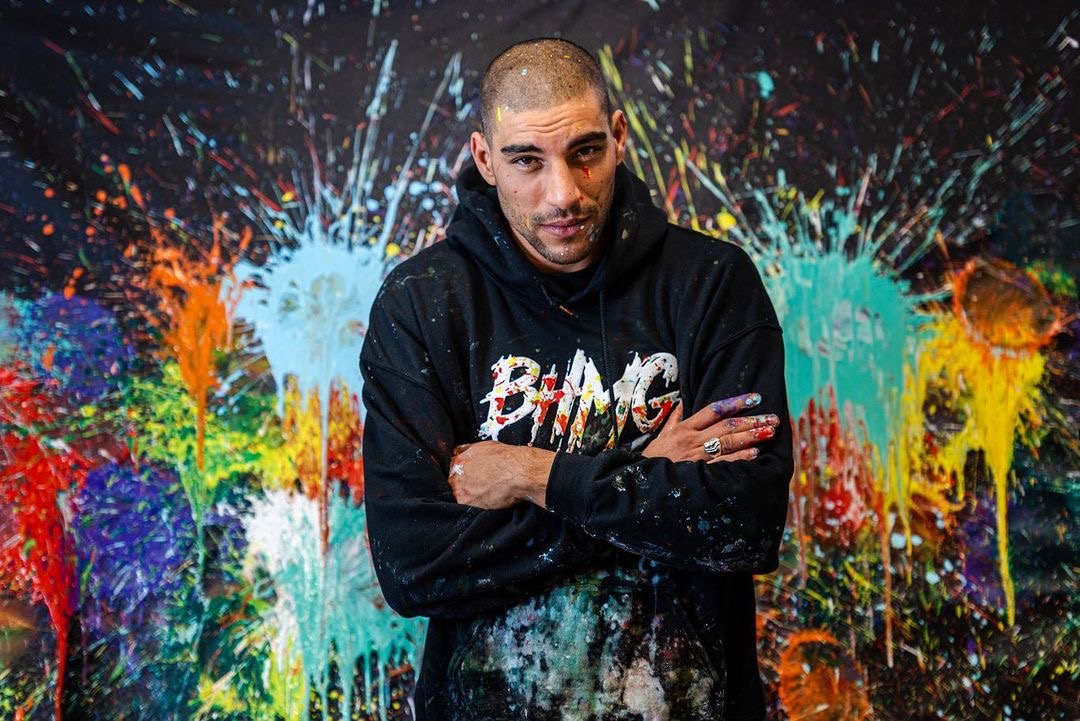 «We start with color,» wrote Rothko once, and Omar Hassan follows him, but adding the physical action on top of the color. Through the effort of repeatedly pulling together his own body in order to control his movements to use them as a proper painting tool, Omar makes of physical action the generating source of his work, either when he punches the canvas, or even when he patiently sits and hand-paints thousands of spray caps to create his unconventional city’s maps.

In his series BREAKING THROUGH using his boxing skills to create art, Hassan surely mixes control with chance, following Pollock’s approach: control of the body movements and choice of the color palette, versus the fortuitous spread and dropping of the color while hitting the canvas. The action becomes art itself, supporting Harold Rosenberg’s opinion on Abstract Expressionism, where the Action Painters by having a dramatic, personal, and physical confrontation with the canvas, provided a compelling image of their creative process and achieved an authentic expression of individuality and humanity while being liberated from the conventional standards of beauty. 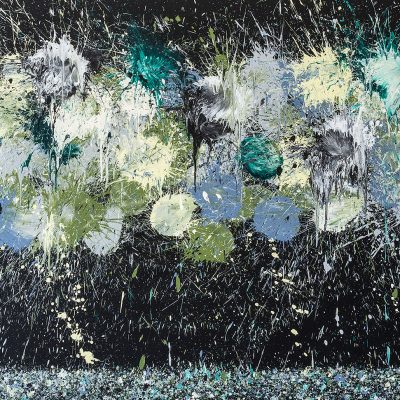 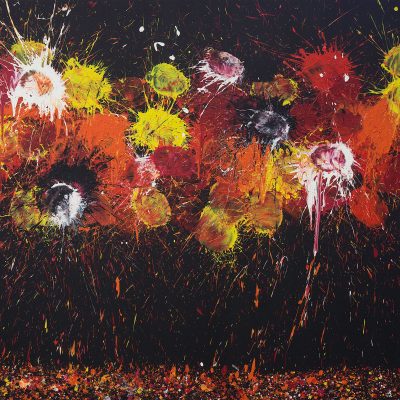 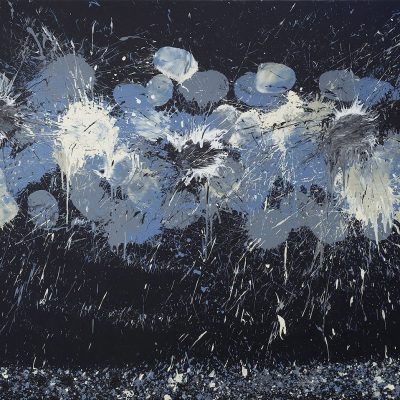 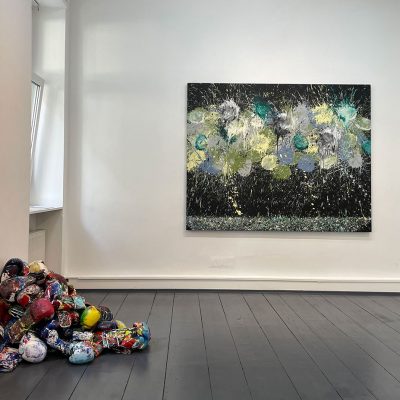 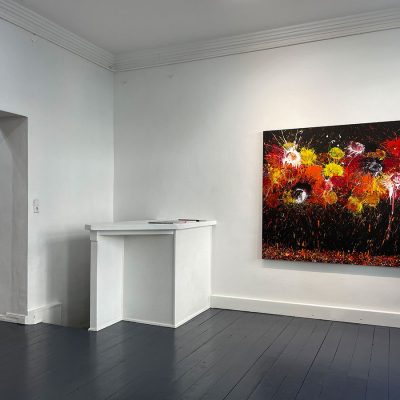 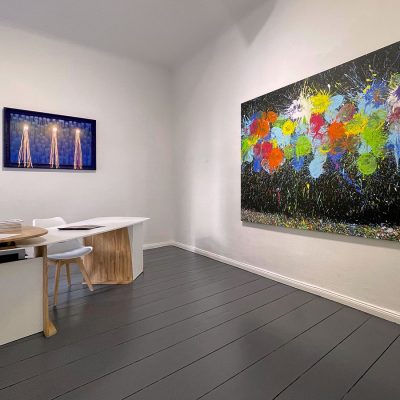 While Pollock rooted his artistic research on Native American Art, Omar Hassan roots his work on street art and street life, where speed has a crucial role, not only for the obvious legal reasons forcing street artists to be fast, but also as a reflection of the contemporary society, where everything needs to be extremely fast, and where the urban space keeps evolving running after this “speed need”. At the same time, a city is full of repetitive actions and slow-pace mechanisms, and it’s made by the most colorful variety of individuals.
Omar Hassan, urban child, didn’t forget to observe and include even these urban dynamics in his work, especially in its series CAPS, and MAPS, where spray-can’s caps are singularly painted and presented into plexiglass hive-showcase. To quote the artist self: “It started as a serial collection of caps just for myself,  but after a while, I’ve understood their real purpose, and I started to paint each cap, one by one, to underline the importance of every single person, in a bigger plan that involves every human being: preserving life on this planet. That’s why I put caps in plexiglass hives I create: caps are as important to spray colors, as bees are fundamental to life”.
So while speed and unpredictability dictate the rhythm of his BREAKING THROUGH works, the series CAPS, and its evolution MAPS, have their pace set on repetition and control. 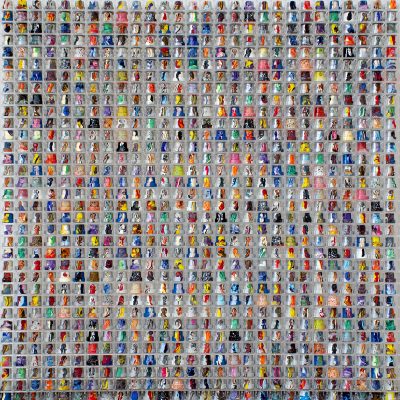 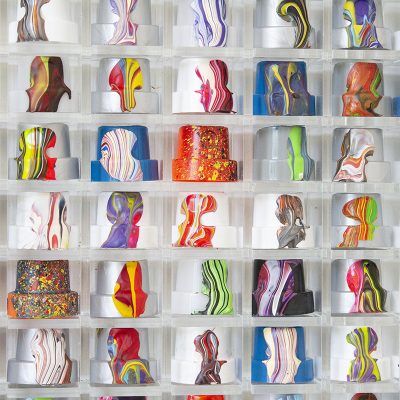 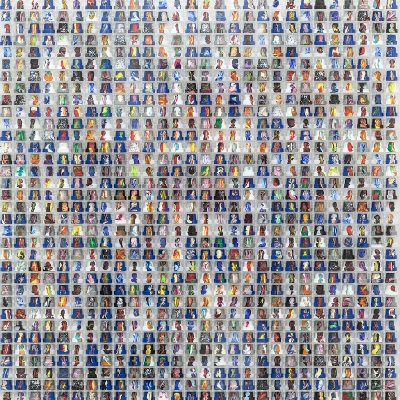 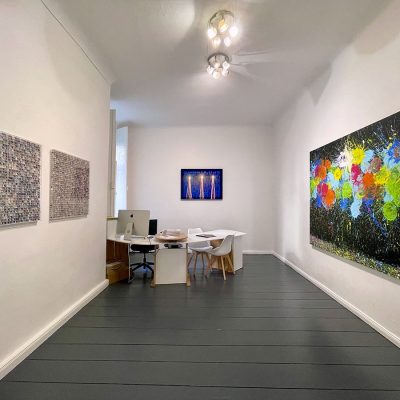 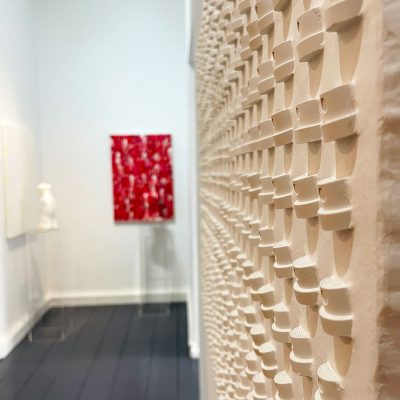 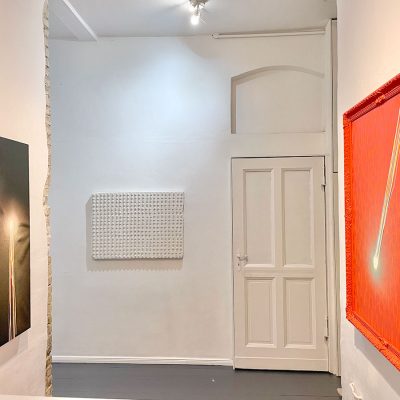 The 15,000 caps used to create a Map of Berlin’s districts, presented at Luisa Catucci Gallery, are hand-painted singularly in order to create an accurate city plan. They cannot be painted as freely as the boxing pieces, and neither as Hassan’s INJECTIONS series, where the uncontrolled drop of excessive spray paint on a single point becomes the main subject of the work.

Even if spray cans’ caps bring an immediate connection to street art, Hassan’s choice to create his city plans deliberately bi-chromatic shows his deep passion for cartography and reveals him being inspired by old maps, where the black and white color scheme, emphasizes the schematic nature of the work, as the concise culmination of the very concept of mapping.
In opposition to the polychromatic choice of Hassan’s previous series, CAPS, where the multiple color palette enhanced the beauty of diversity and individuality, the dichromatism of MAPS seems to be also an invitation to reflect on the importance to mitigate the personal differences in order to make the common good work while keeping stating society being made out of individuals. 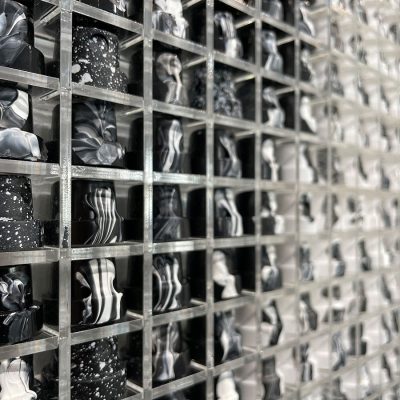 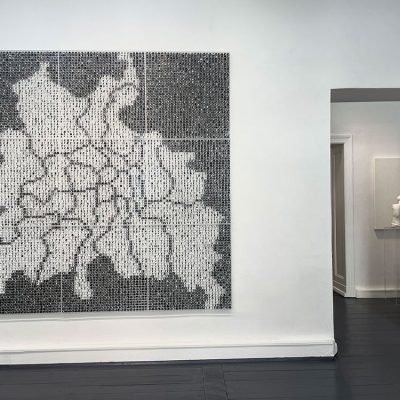 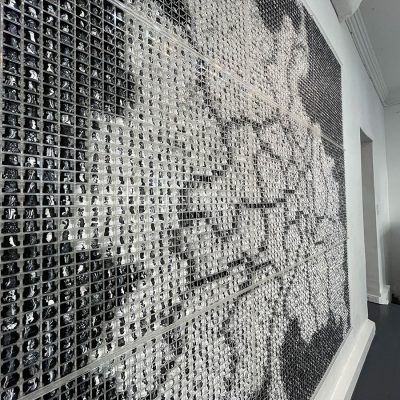 The geometric and kinetic abstraction of colored patches used in Hassan’s SCULPTURE series, as their “childish” playful aesthetic, connects his work with another famous artist: Damien Hirst. A combination of paint-splattered classical sculptures with correspondent paint-splattered canvases is another contemporary artistic reinterpretation made by Hassan from his multicultural inheritance and urban perspective. The freedom and transgression of this series could be considered an act of Post Vandalism. While vandalism is a destructive act of aggression, Post Vandalism, on the contrary, returns objects and related situations to the cultural sphere, and following the Dadaist tradition is rich in playful irony. It is an invitation to try on changing and experiencing a different perspective, leading to inevitable philosophical and psychological reflections. 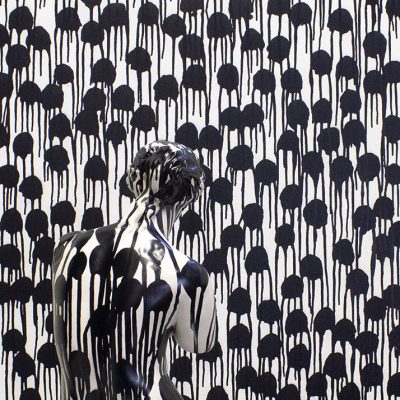 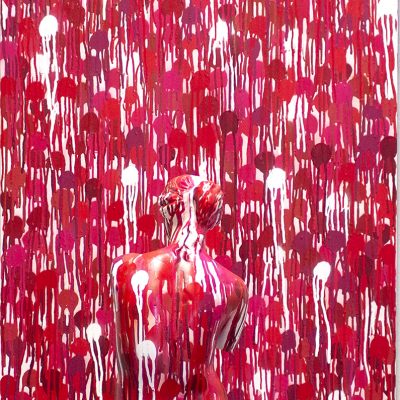 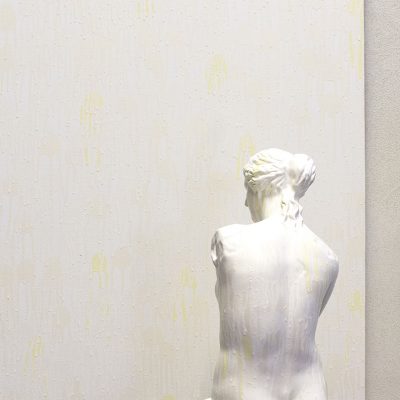 With Omar Hassan the process of making art becomes a physical, emotional and intellectual experience, not only for the artist but also for the viewers, blown away by the undeniable active power and the good vibes released by Omar’s creations. 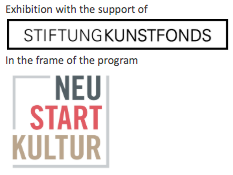