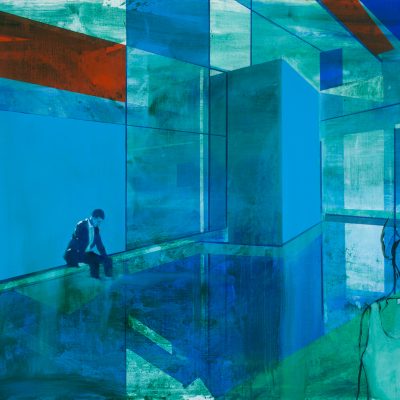 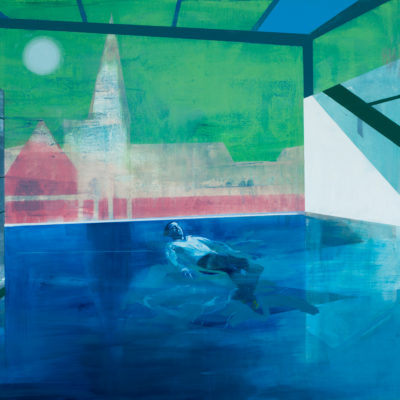 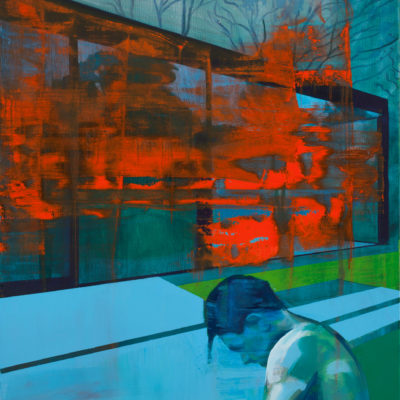 “The collective unconscious consists of the sum of the instincts and their correlates, the archetypes. Just as everybody possesses instincts, so he also possesses a stock of archetypal images.”
C.G.Jung

The subtle psychological tension and the latent noir atmosphere are the first things standing out while confronted with a painting by the Norwegian artist Kenneth Blom. Strong architectural ambients emphasized by the use of diagonal lines and minimalistic design, remind the viewers of the tautness and charme typical of the constructions by Mies Van Der Rohe, Alvar Aalto, Le Corbusier, Walter Gropius and the birth of modern architecture, suspending Kenneth’s painting in a sort of time bubble where a whole century collapses and spasms into a single present moment. Mysterious human figures moves within Blom’s spatial compositions, appearing lead by an intense sensitivity, even when adopting a static position. The latent emotivity is underlined by the sapient alternation of abstract and figurative painting, where wild strokes alternate with controlled at background field, contributing to build the mystery, the inquietude and the narrative of each painting. The figures of Kenneth’s painting and their state of mind become sort of archetypes of the human psychological condition and existential obsessions. As C.G.Jung pointed out: the collective character of archetypes also manifests itself in coincidences conforming to the meaning, as if the archetype -or the collective unconscious- lived not only inside the individual himself, but also in the outside, like in his environment. The archetypal world is “eternal”, outside of time, and it is everywhere, because in the psychic conditions there is no space. And that’s exactly what happens in Kenneth Blom’s art. We cannot recognise a typical geographic landscape, or a typical regional architecture in his paintings, as well as it is impossible to determine the ethnicity of his figures, while all ages and genders are depicted; what we can recognise is the psychological distress and the intrinsic sense of loneliness of the contemporary society. At the same time the radicalness of Blom’s pictorial language, revealed in the alternation of flat and sinuous forms, in the expressive deformation of the human body, in the specific choice of the color palette, and in the symbolic use of architecture, call to mind the work of some of the most significant Masters of modern and contemporary painting such as Edvard Munch, Edward Hopper and of course David Hockney, routing him deeply into the contemporary art historical context. 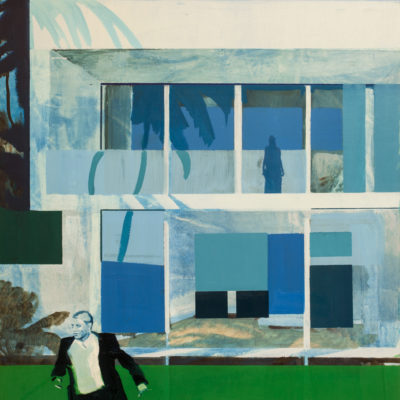 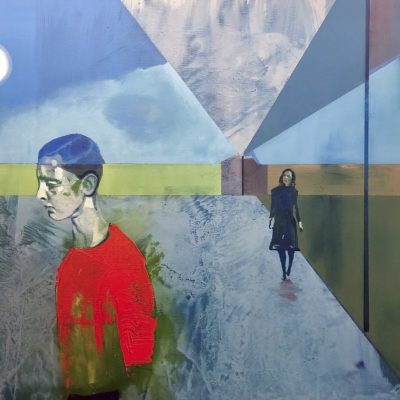 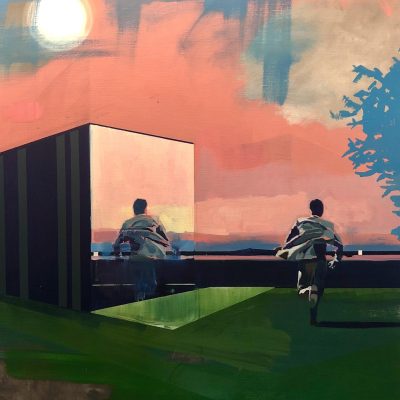 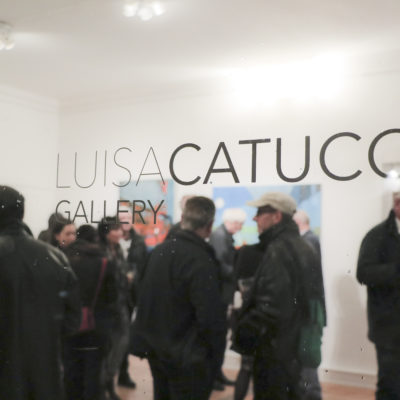 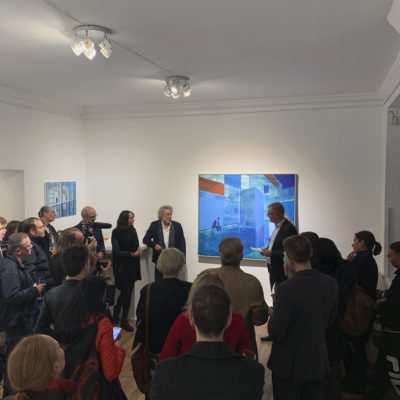 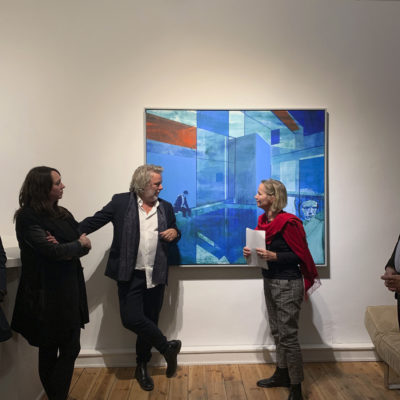 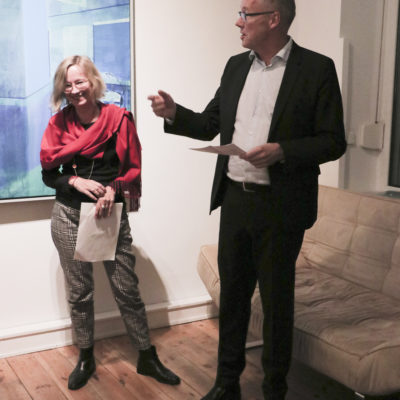 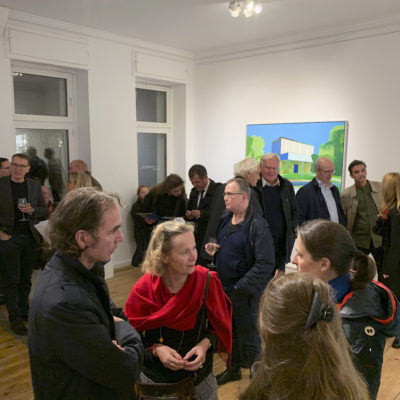 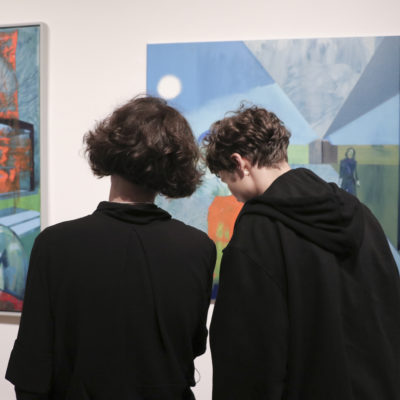 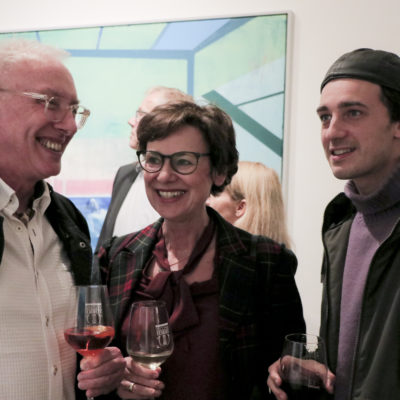 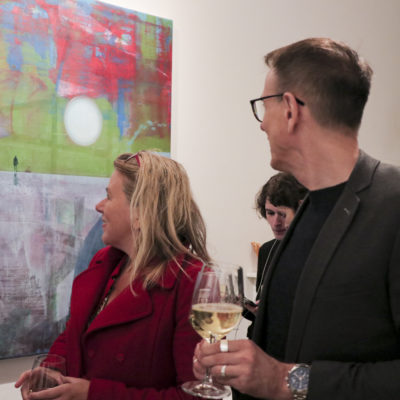 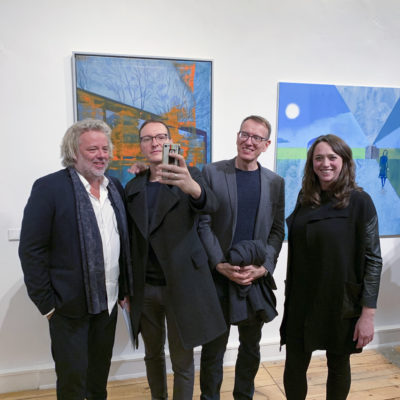 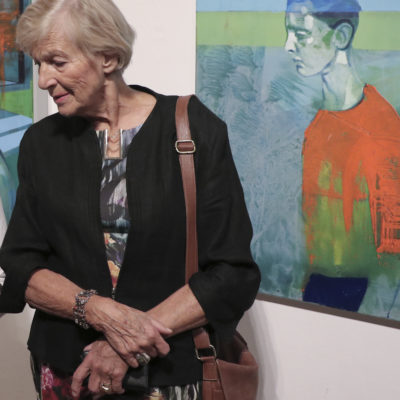 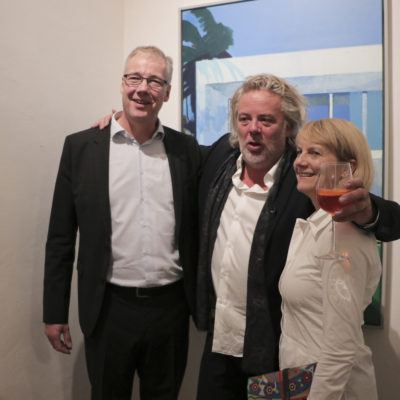 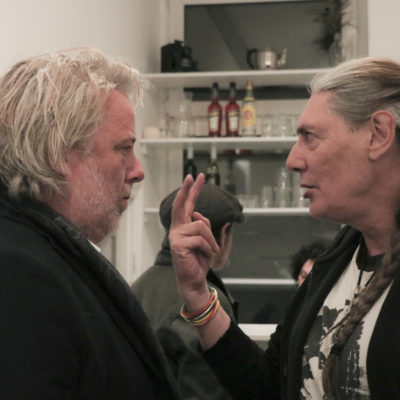 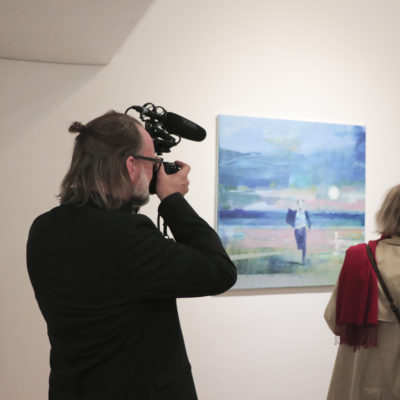 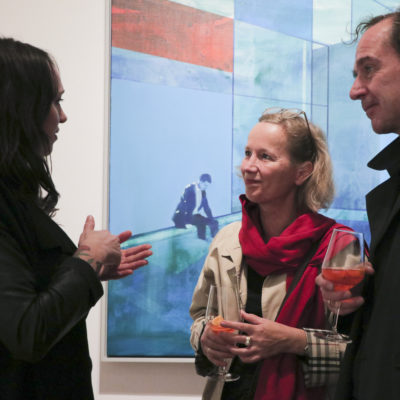 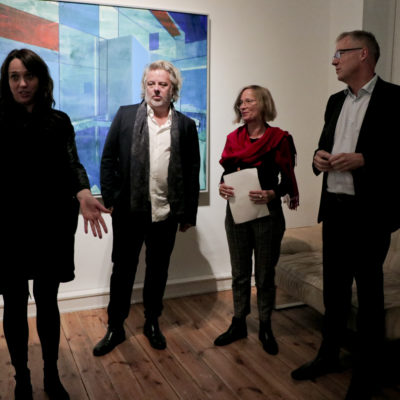