William Grob born in England in 1992 and is currently based in Berlin.
He graduated BA Photography at Falmouth University in 2014.
His works are in private collections in London, Paris, New York, LA, Berlin, Monaco

William Grob born in England in 1992 and is currently based in Berlin.
He graduated BA Photography at Falmouth University in 2014.
His works are in private collections in London, Paris, New York, LA, Berlin, Monaco 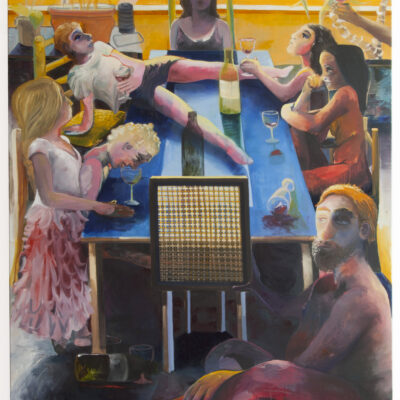 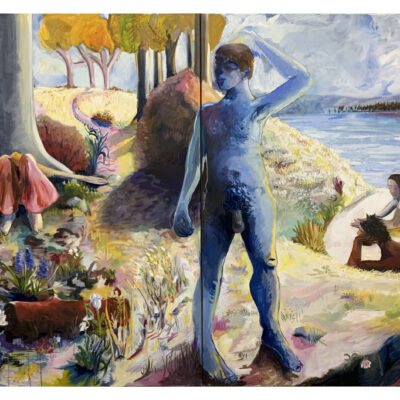 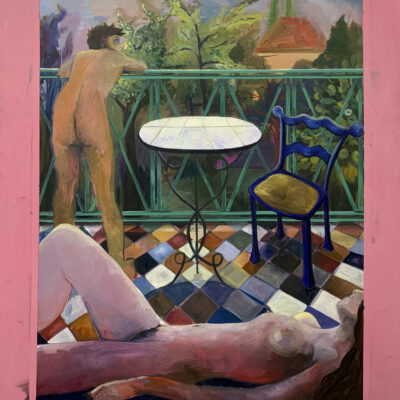 “I was an artist before I could talk. When I was a child I had a severe speech disorder which shaped my whole life, as I could not verbally express myself until the age of seven.
Art became my mother tongue, using colour and form to express my happiness or frustration which is now, subconsciously, deep rooted into my practice.
The majority of my work comes from that place. All I consciously try to create is a sense of understanding and expressions understandable to anyone.”
William Grob 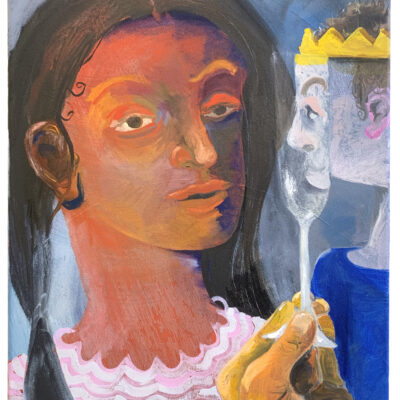 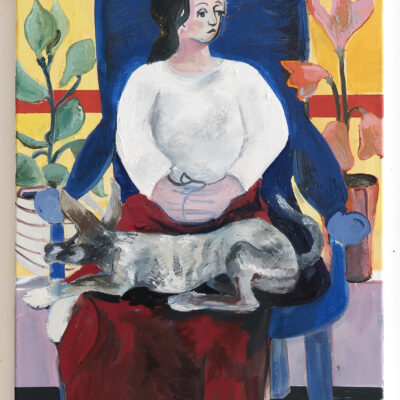 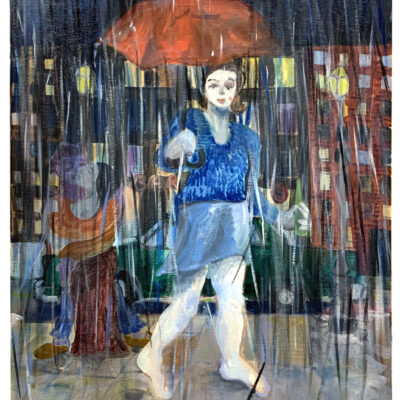 William Grob’s as child had severe speech disorders and wasn’t able to express himself verbally until the age of seven. He recurred to colors and forms to express his emotions and feelings and this is still deeply rooted in his practice, making the line between reality and psychic world another main theme of his artistic practice. His series MASKS based on street photographs he shot in New York City and Berlin, offers poignant mediations on life, society and individual experience, soaked with a polemic irony, a combination of factors that could bring us in mind the collage works of Angus Fairhurst, while his use of rough pencil strokes, and the drawing of the simplified, ungendered human figure brings him closer to the precursor of street art Keith Harrings in his efforts to immortalize the living pulsing energy of our cities. The choice of stretching and extremising the proportions of his ungendered figures just enough, while being immortalized acting in a debatable society, together with the choice of focusing on the outcasts, homeless, drunks, and the subtle loneliness perceived his work, reminds instead of the first works of George Grosz, with the slightly softened perspective of a young men that even if able to see the contradictions of our society and times, never lived the historical horrors of the first forty five years of the XX century.  Grob’s bigger works from the series OVERLAID EMOTIONS are the result of painting interventions, driven by pure emotion, on reproductions of vintage photographs. Photography is dinostest as much as honest in the reproduction of reality, and by letting his emotions flow over them through color, either in a controlled way either in an impulsive one, Grob point his finger to the paradox that we live in a world which holds no truths and no answers, only beliefs. His belief is in showing at the same time a physical truth, the photographs, and an emotive honesty, the paintings. The use of apparently absurd and out of contest text in his work is also a way to represent the truth unfiltered by binary oppositions, as the permanent mumbling of our brain that can process simultaneously the most complex reasoning and the most banal thought, making us able to add to the dichotomy black/white not only grey, but also the whole range of colors and shades. 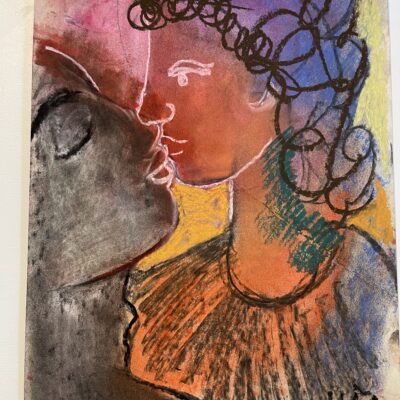 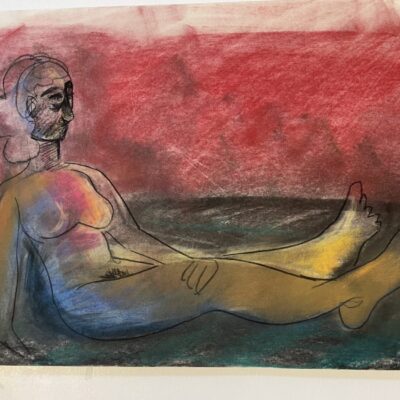 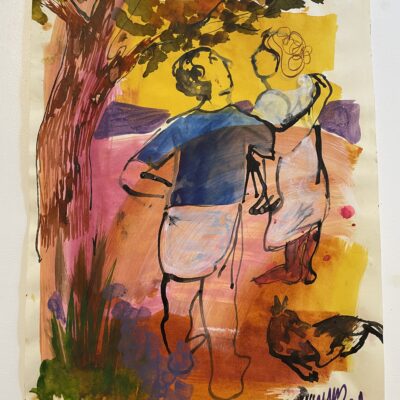 In conversation with William Grob talking about his series “Masks” – By Pasquale Marino, January 2020

How did you end up to make the first ‘Mask’?

“Masks” started in New York in 2015. I moved there straight after uni, after doing a photography degree. I had been painting on photographs before, but I didn’t really have much of a practice which I was running with. I was taking photographs every day, I think I ended up taking 600 hundred photographs the very first few months in New York, and I would go to a museum every day. The first month I went to MoMA every day, the second month I went to MET every day, but I wasn’t there for too long, maybe an hour, I did one room and then left. I went to the museum and I drew things I liked, from Gustav Klimt to Picasso, and olds classic. I drew anything that caught my attention, and I had this sketchbook full of studies. One day I was drawing and I didn’t want to stop – I think I was in a cafè – but I had just finished the sketchbook. Because I was taking so many photographs, I had all these kind of postcard size photographs with me, so I just started to colour them in. I did one cartoonish, very quickly, not spending much time, not really thinking about it, just using the black and white as some form of structure and then adding the colour which I wanted to see. Then all became a totally composing process. It was a beautiful process. I walked up and down the avenues, finding a nice place to sit, and just sat with the coffee. I had handfull of pens and a big pile of photographs, and I was just colouring them in. Every day I did 20 or 30, It was an easy practice. There are 2 or 3 cafès where I did most of the early ones. Basically ‘Masks’ started because.. I ran out of sketchbook paper! (laughing)

Where does the name “Masks” come from?

I think as they were very cartoonish, right from the beginning I turned everyone into pink people. Everyone had just these pink blobs which didn’t look like a face, they didn’t have the right structure for a face. Especially in the old ones, the heads are usually very big, very out proportionate, so It kind of feels like there’s something on top like a mask. As soon as I started to conceptualize the idea of the mask, I realised they had to be like that because in a lot of the images the subject matter is of a character who is breaking the normal rules of society; they’re shouting in the street, they’re running around naked or they’re just doing something ridiculous. Putting a mask on all your inhibitions goes away because there is no one guilty of the crime, you don’t know the person, they’ve got a shield. ‘Masks’ became this idea that if people could do whatever they want what would they do. If you look for all of them there is from sexually charged ones to gender, from nudity to misogyny, from the environment to politics. A lot of the subjects of the masks really come from the drawings of the museum. The original sketchbook was full of these little studies of great artists, so I used those drawings and I put them on top of the photographs and change the story again. It was kind of a call and repeat but totally changed. 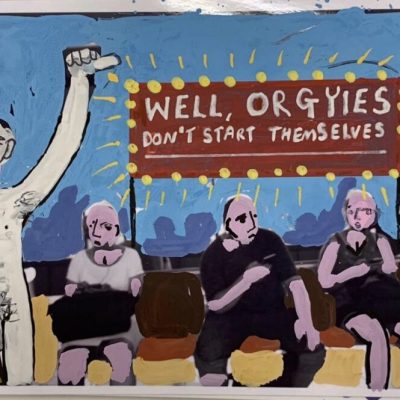 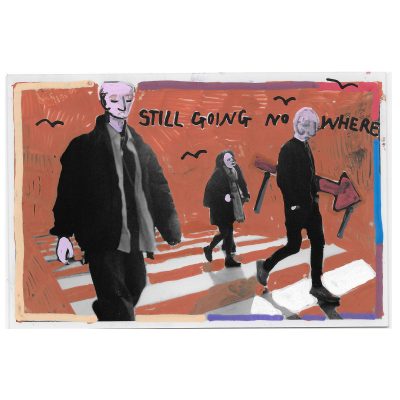 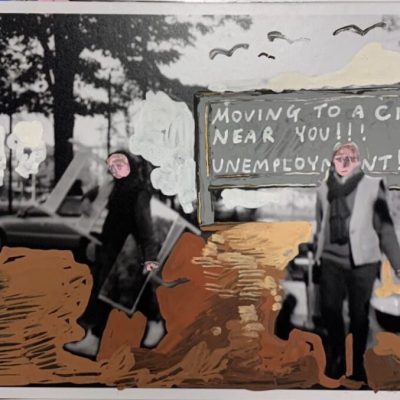 What is the meaning behind this series?

The work is a response to day-to-day life and society, 99% of photographs come from the street. There is an element of being a Voyager on the street listening and seeing. On the street you can see beautiful moments where a couple holds hands, or you can see horrible moments where someone is about to shoot some heroin. I started to believe the work was important when I felt there was this kind of broad range of what happens on the street, there are the good bits and the bad bits. I find really important as an artist to comment on society. I think that’s something we should all be acknowledging because if we want any change, we have to be able to recognize what the issues are.

In this series, there are many ironic depictions of the negative effects of consumerism on individuals. Are those just your perceptions of the street or what?

From the young age I grew up in a household which was all about anti-consumerism and anti-globalisation, but I never wanted to preach or be too bitter about it all. I use humour in a way which makes the subject ironic and then makes you can laugh. Then you are like “I am laughing at this” but there is really a homeless problem in Berlin or wherever, and Amazon is actually taking all the jobs away from the High street. It´s something which makes you laugh, but then…

Totally. I feel like humour is a really good way to make people listen.

According to your publications, the first Mask was made in New York in 2015 and the last one in Berlin in 2019. How did your approach to this project change over time?

This is an ongoing project which I can’t really imagine stopping. My approach with the process didn’t really change, It’s always very quick and immediate. But the stories totally changed. The New York ones were all about homeless and consumerism and naked people running around the street – because in New York there are a lot of weirdos doing weird things (laughing). I feel the ones in Berlin have definitely progressed in different ways, they are more sexually charged – which is kind to be expected – and there is a lot more of alcoholism in the Berlin ones too. It’s all about what I see. The work progress as quickly I progress. It’s kind of like a stream of my subconscious along with something I’ve seen, and along with the still photographs I got a week ago or a month ago. Or if I am listening to a podcast or read the news… Maybe the next is gonna be about the deadly virus which is gonna kill us (laughing).

Looking forward to your next Masks then…

Who knows what’s the next one gonna be. 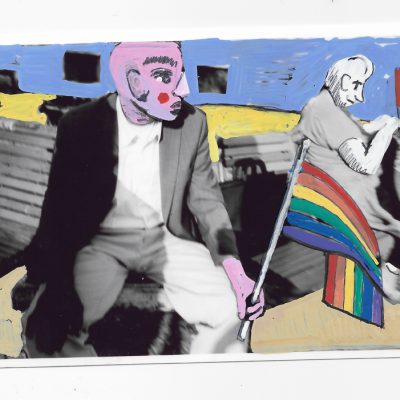 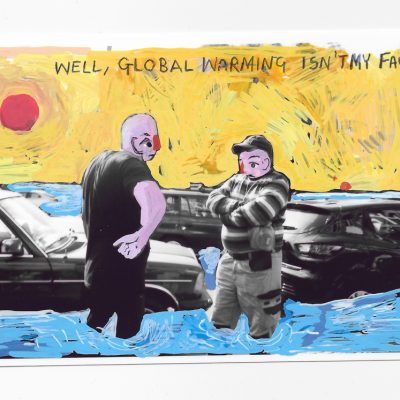 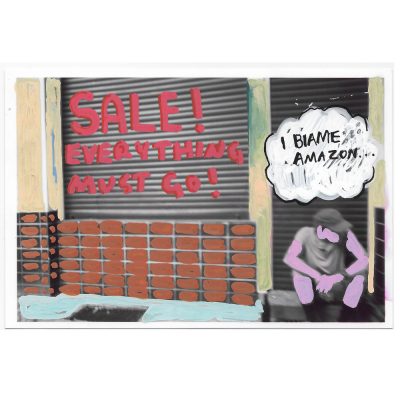 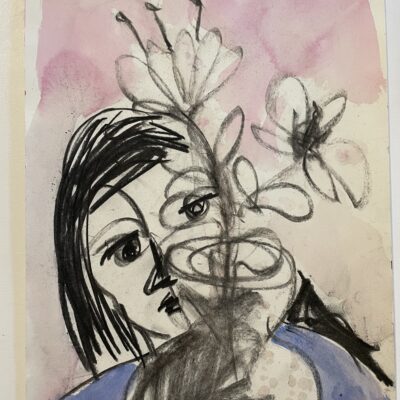 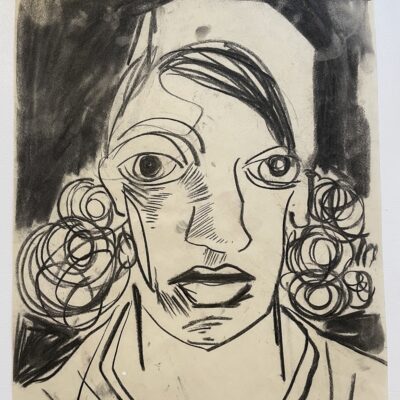 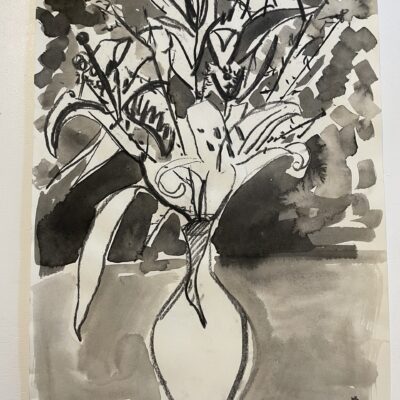