Using spray paint as both a material and a sculptural object, Omar Hassan creates new iterations within the ever-expanding genre of street art. Inspired by environments urban and natural, Hassan says he finds inspiration in the work of graffiti pioneers such as Jean-Michel Basquiat and in Jackson Pollock’s masterful abstractions. Both his multilayered works on […]

Using spray paint as both a material and a sculptural object, Omar Hassan creates new iterations within the ever-expanding genre of street art. Inspired by environments urban and natural, Hassan says he finds inspiration in the work of graffiti pioneers such as Jean-Michel Basquiat and in Jackson Pollock’s masterful abstractions. Both his multilayered works on […] 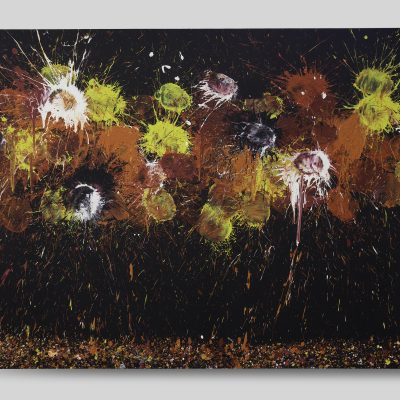 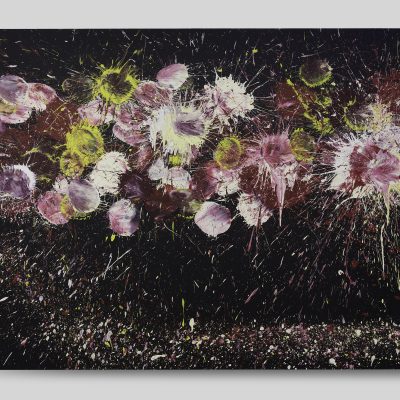 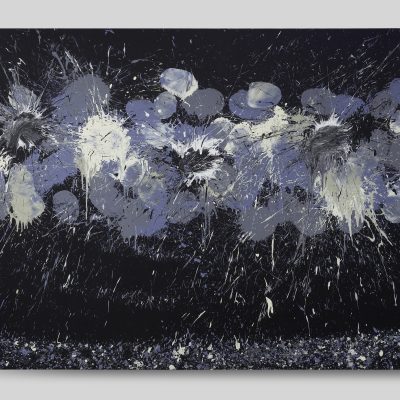 Using spray paint as both a material and a sculptural object, Omar Hassan creates new iterations within the ever-expanding genre of street art. Inspired by environments urban and natural, Hassan says he finds inspiration in the work of graffiti pioneers such as Jean-Michel Basquiat and in Jackson Pollock’s masterful abstractions. Both his multilayered works on canvas and those cast in plaster or bronze reflect his trademark attention to materiality. His work takes various forms, from whimsical dappled splotches partially obscuring a classical oil painting to lines of wet paint that snake and drip down picture frames to a street installation of raised cubes covered in rainbow tones. All of his work reflects his desire to encapsulate the mischievous and the playful, a sentiment at the core of the now 40-year-old tradition of street art. 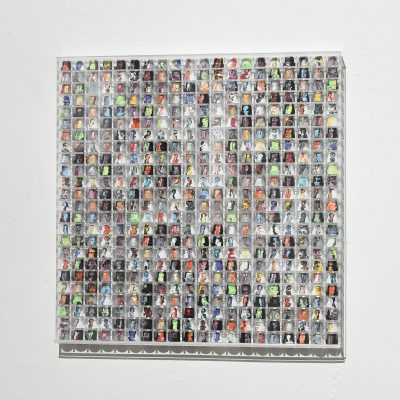 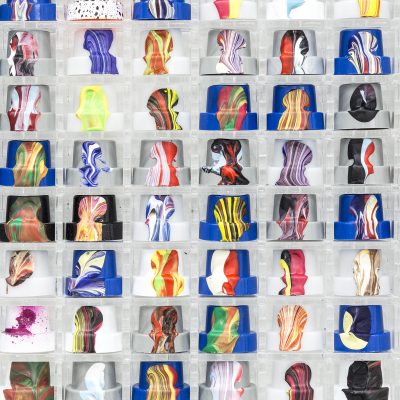 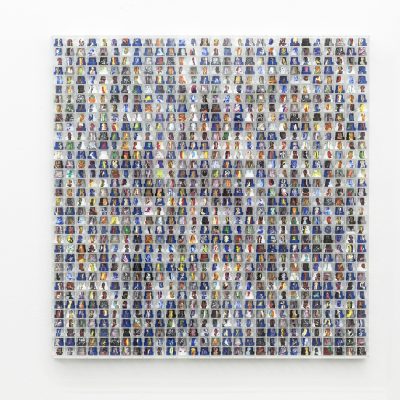 Interview with Omar Hassan on ARTNET:

Can you explain your boxing-inspired technique?
The creation of my Breaking Through paintings involves me dipping my boxing gloves into an array of colorful paint pots and punching onto large white canvases, in a very physical display of strength. I wanted to celebrate the concept of boxing, so I introduced a new kind of perfomative action which is very spontaneous and has lots of impact visually.
I always wanted to incorporate boxing in my artistic research. I also think that we are all boxers, and even though my art is autobiographical it can be understood by everyone.
In boxing, as in life, you are alone: Boxing requires hard work and daily effort. When you are knocked down, you must get back up on your feet and continue to fight.
There was also a risk that my performance could be seen as too theatrical and rehearsed, and I definitely wanted to avoid that. I wanted to create a link between my body, the canvas and those noble movements of boxing, and to express this link through color. 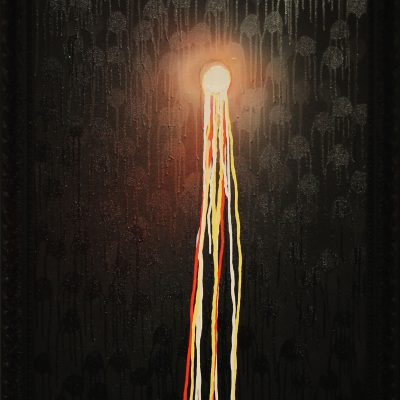 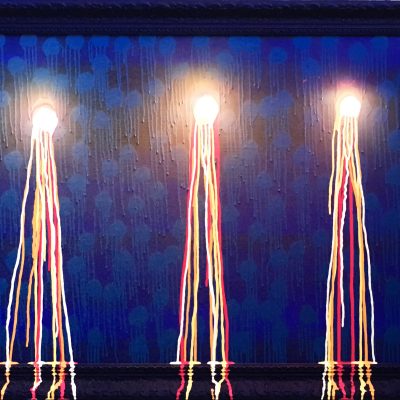 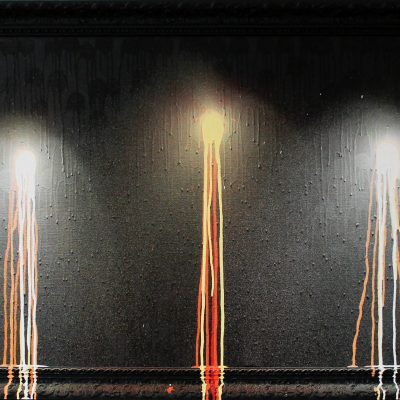 Can you tell us more about the relationship between an aggressive sport like boxing and art?
I know that boxing may seem like a violent sport where two men beat each other in the middle of a ring, but it is a discipline that teaches you to become a better man.
I have always said that I wanted to incorporate a very important aspect of my life into my artistic research: Namely boxing, the sport that has given me so much on both a personal and educational level.
I wanted to bring to light the concept that lies behind this sport, which for me is a true metaphor for life. In real life you are alone and you have to fight.
In the ring, you have a few minutes of break and then you have to fight again, sometimes you are knocked down to the ground but then you have to get up and start fighting again. This, for me, is the real meaning of life.
I also think that boxing works well in terms of synthesizing a pictorial gesture with a strong visual impact. In fact, I am not someone who is promoting violence, and I am not punching the colors into the canvas with a violent thought. A punch has an incredible amount of concentrated energy that should not be considered in a negative light; it is both an acceleration of energy and a very fast movement. 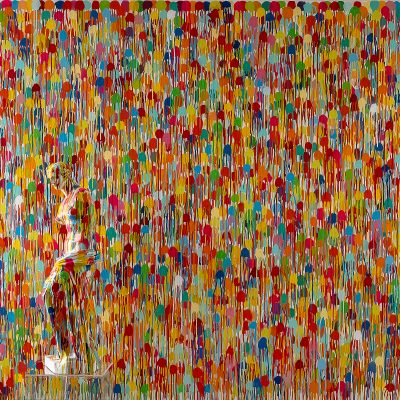 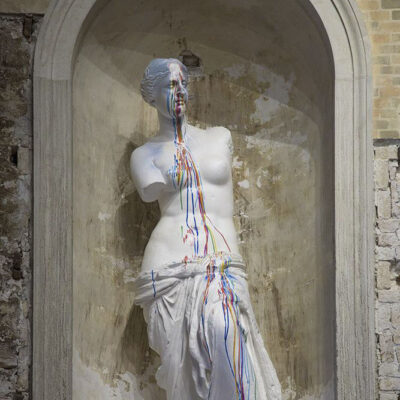 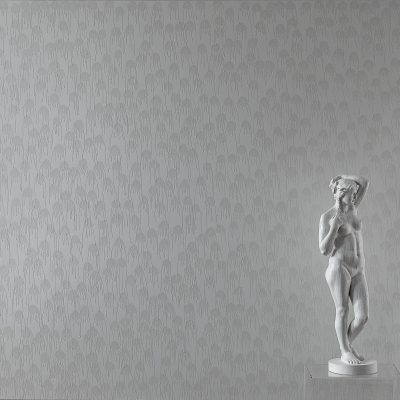 Do you think the action of your performance is more important, or the finished result?
All of my work stems from an idea, from a concept—technique is never the starting point for me. In regards to the ‘’action’’ and the result of it, both are as important to me. They are consequences of each other, and they are interlinked and connected. There is no performance without a final result, and no final result without a performance. They depend on each other.
I like to explore and bring out dualities, both present in real life and art. Like rationality and irrationality, for example, or spontaneity and consciousness. 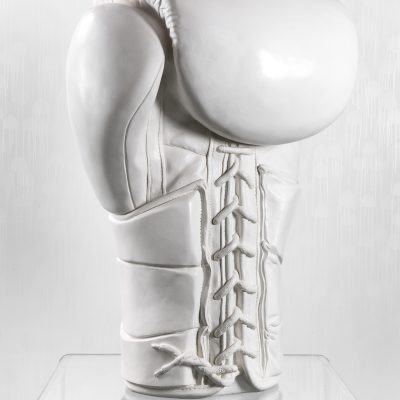 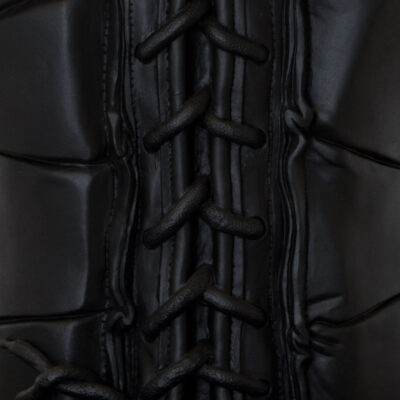 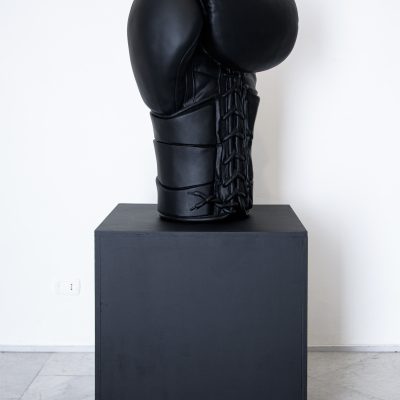 What influences you? Your artwork certainly recalls one of the great action painters, Jackson Pollock.
I must say he is one of my favorite artists. Personally, I have always been committed to keeping my painting contemporary and current—Nowadays it is very difficult to be original and contemporary with painting because of the amount of techniques that have already been explored throughout art history.
Today, producing a painting means assuming a responsibility. I want to take on this responsibility—carry an artistic research through all sorts of mediums and techniques. I don’t want to remain static.
My approach has always remained the same from the time I started using cans of spray paint, the tools that originally inspired me to practice art and explore artistic expression. The can of spray paint became like a breath of life, bringing together my entire culture and tradition, leading me to more impetuous and instinctive gestures, like that of the punch in the Breaking Through paintings.

Do you still box?
I started boxing as a young teenager. One might say to control my “fiery personality,” and also because I consider boxing a truly noble discipline. I fought and trained with great Italian champions, and managed to be chosen to fight in a great tournament. I never told them I had diabetes, and it is during the strict exams for this tournament that they discovered it, and I was disqualified.
There is a strict rule in boxing preventing anyone with diabetes to fight, as it is considered an aggravated risk.
Even though I could not go on and fight on a professional level, I had always continued to practice this sport and even train some teenagers and kids.
I still box, but it is more to stay fit and healthy. My number one priority right now is my art.

2018
The Essential is Invisible to the Eyes: a dialogue with Wassily Kandinsky
Orangerie, Villa Reale Monza, Italy

2014
The essential is invisible to the eye, Montesegale Castle, Pavia, Italy

2018
“The Essential is Invisible to the Eyes”, exhibition catalog, Peruzzo Editore

2015
Breaking Through, catalog of the solo exhibition, with the presence of
Baroness Barbara Young and Cedar Lewisohn
16th Cairo Prize, Candidate Catalog

2011
Lo Stato dell’Arte, 54th official catalog of the Venice Biennale
HO2, Catalog of the personal exhibition, with a preface by Ivan Quaroni 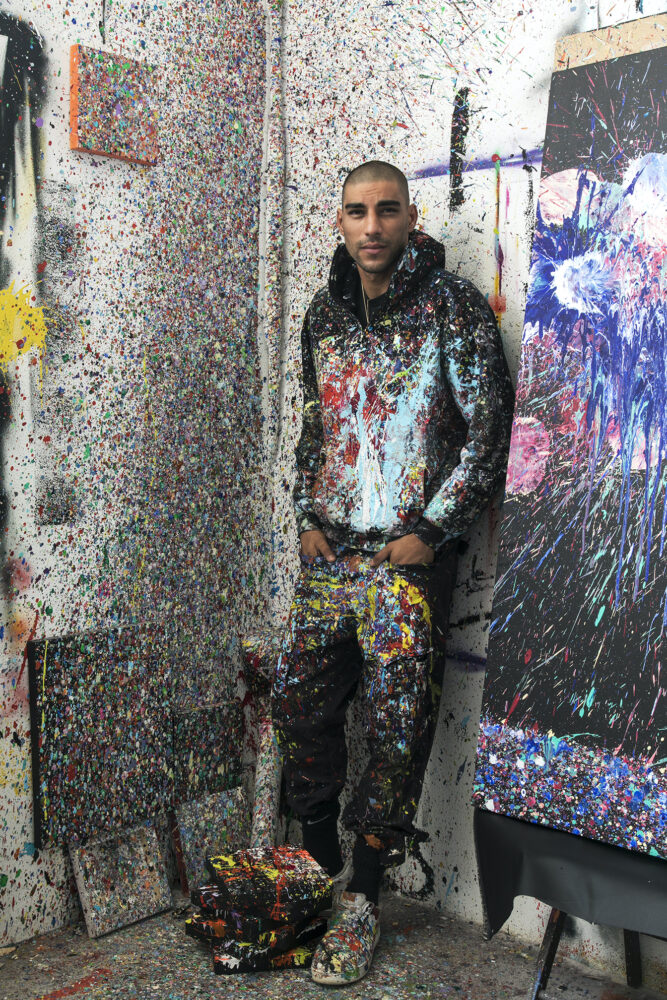