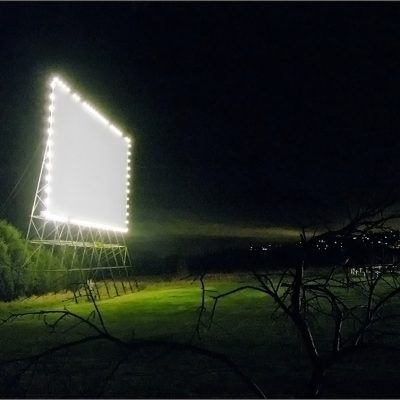 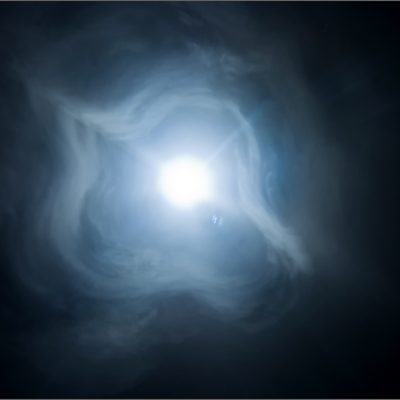 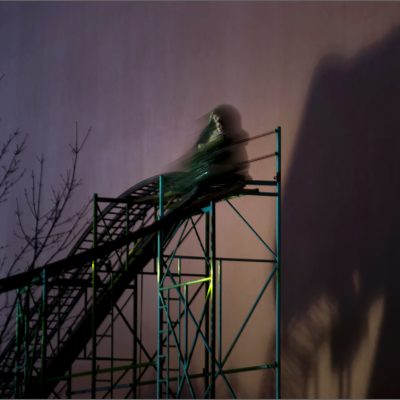 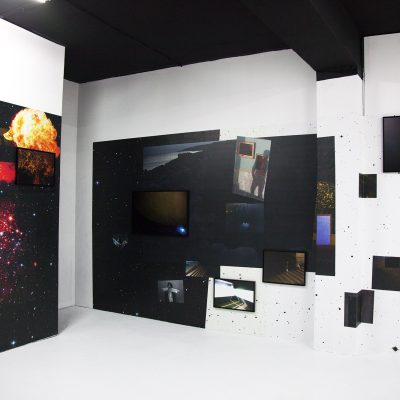 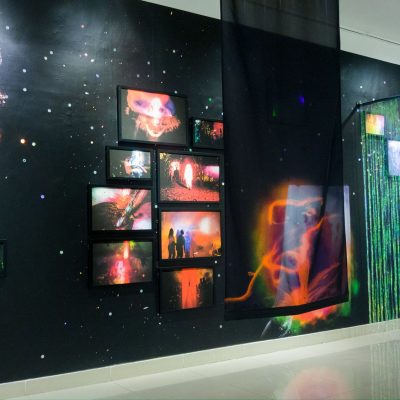 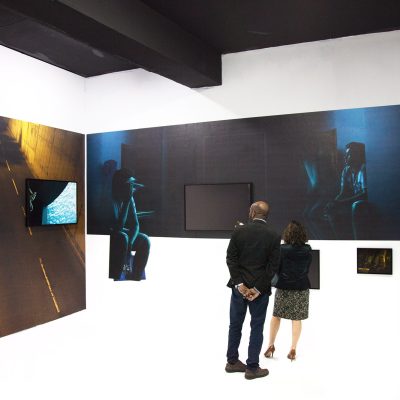 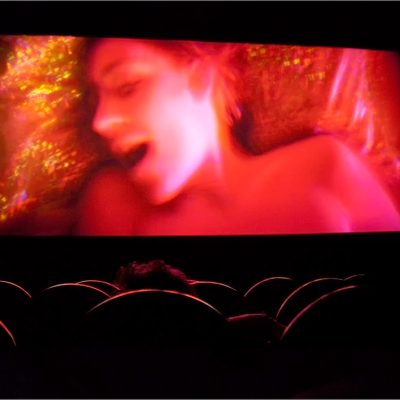 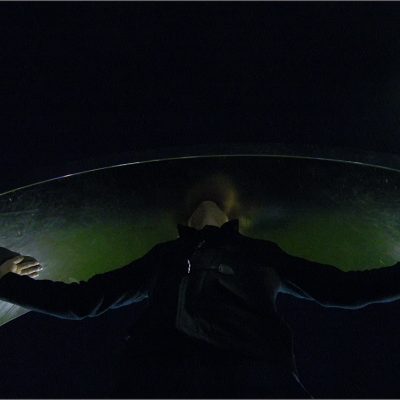 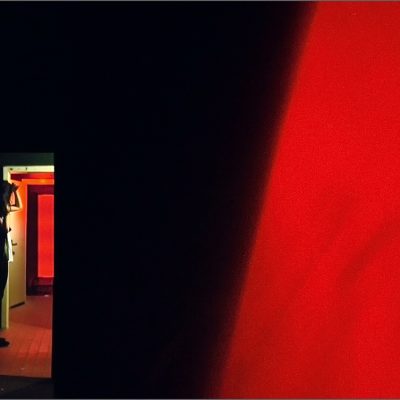 THE MIND IS A CURIOUS THING

Boris Eldagsen challenged the idea of a unique reality through his images. He investigates the multiverse of human mind in order to examine the unconscious, communicating on a dreamlike level through the images he creates. By studying and exploring the unconscious dimension of life in a very methodical way, Eldagsen transform the subjects of his photographs in psychological archetypes, able to open doors, trigger emotions and unlock memories on a subjective as much as on a collective way.  Despite over 200 years of psychology, the unconscious remains as vague and powerful as the gods it emancipated itself from. As a reservoir of our past experiences, it stores urges and feelings that we rationally have no access to.
Boris only works at night, with minimal equipment, an in-camera approach without digital manipulation.
Like a moth, he roams the streets searching for light, practicing what he has termed ‘Inverted Street Photography’: instead of exploring stories, a place or a person, he hijacks and transforms what he sees in
front of his camera into a symbol for the timeless workings of the mind. He also stages images with models to create portraits of the Collective Unconscious. To develop ideas and impulses for the shoot, he maps the overlapping areas of his unconscious and the models.
He is then guided by the dynamics of the shoot to move deeper down the rabbit hole.
His visual poetry transports the viewer between the sublime and the uncanny – where the attributes of photography, painting, theatre and film unite.

I – Could you talk about your project “The chamber of reflections”?

“The Chamber of Reflection” is a 360° installation, reflecting on the tradition of the “Anteroom”.The Anteroom is a small darkened chamber; used for spiritual initiation by many traditions ranging from Egyptian, Persian, Mayan and Greek religions to Freemasonry and Voodoo. It resembles a sepulchral cave, furnished with symbols of death and destruction. The candidate is locked inside to meditate on life and death and to confront their own fears and demons. Descending below the earth, one undergoes a symbolical death, by „looking within oneself for the truth“ before resurfacing clear and puri ed. My work “Chamber of Reflections” was inspired by the Initiation Well of“Quinta da Regaleira” at the World Heritage Site of Sintra, Portugal and shot in and around Lisbon.

I am interested in the unconscious mind. Despite over 200 years of psychology, the unconscious remains as vague and powerful as the gods it emancipated itself from. The mind is a curious thing. As a reservoir of our past experiences, it stores urges and feelings that we rationally have no access to. However, some images can open these doors, trigger emotions and unlock memories. This is what I am after. Using archetypes and symbolic acts, my work speaks the language of the unconscious and communicates on a dreamlike level. My visual poetry transports the viewer between the sublime and the uncanny – where the attributes of photography, painting, theatre and film unite.

III – In your artworks, you often talk about “archetypes”, could you talk about this concept and explain it?

C.G. Jung understood archetypes as universal, archaic patterns and images that form the collective unconscious. It is his psychological twist on Platonic ideas.
As such archetypes are timeless empty forms, that are given particular expression in time, by individuals and cultures. They express themselves in stories, art, myths, religions, or dreams. If I can create a work that is an expression of an archetype, it has the potential to become timeless and understandable across times and cultures.

IV- Why did you decide to use the photography as a medium of expression? How did your photography research evolve in time?

I started as a draughtsman and wanted to become a painter. But I couldn’t paint, couldn’t think in colour temperature and spaces. However, I was good in b&w photography and working with people. So I gave myself a challenge: Can I work with photography as freely as a painter with a blank canvas? The answer was “yes”, but it took me ten years to able to give it. During this time I was more and more drawn to night photography. One day, I happened to visit a Chinese botanical garden, built on the philosophy of Yin and Yang. There, I realised that my night photography was full of Yin elements – the night, the moon, the female, the sea etc. I was baffled, that Yin was the underlying subject of my work and started to research the Western understanding of the Chinese Yin. I was impressed by Swiss psychologist C.G. Jung, for whom Yin is the symbol for the unconscious mind. And I was fascinated, that an unconscious process led me to the unconscious as a subject. Today the task I have given myself is: Can I create timeless images, archetypal images, that have an impact on the emotional, unconscious level? Images that cannot be translated into words? Can I show an internal psychological structure by using the material world in front of the camera? Like the Zen-Koan “What is the sound of one hand clapping?” this is a paradoxical task, and the most interesting I can imagine for photographers.

V- Is there any artist who really inspires you and your work?

Without being aware of it, I always felt myself connected to artistic movements that have dealt with the unconscious: from religious, mystic and magic practice to Romanticism, Symbolism, Surrealism and beyond. I love the light of Rembrandt van Rijn, the sublime of C.D.Friedrich, the otherworldliness of William Blake, the labyrinths of Jose Luis Borges, the crazy wisdom of Alejandro Jodorowsky, the absurdity of Roy Andersson and the psychological approach of Roger Ballen. 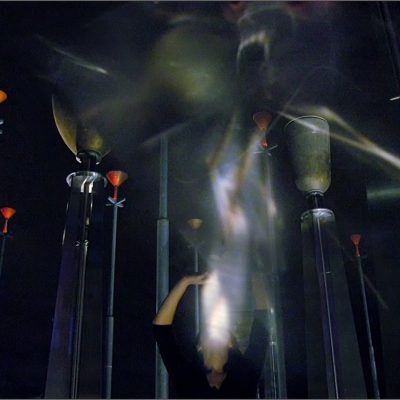 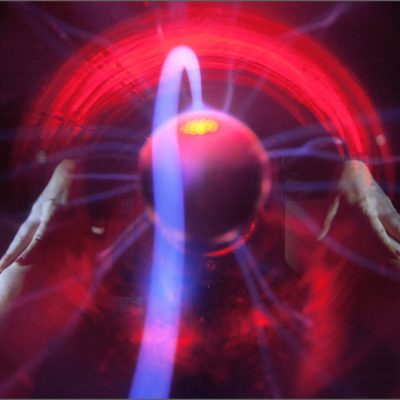 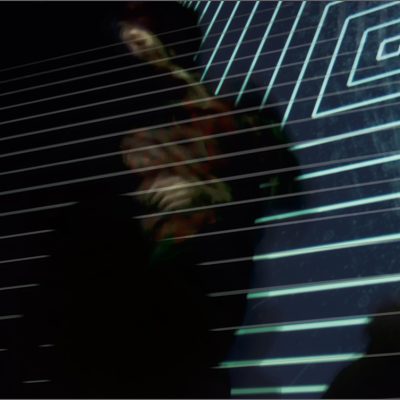 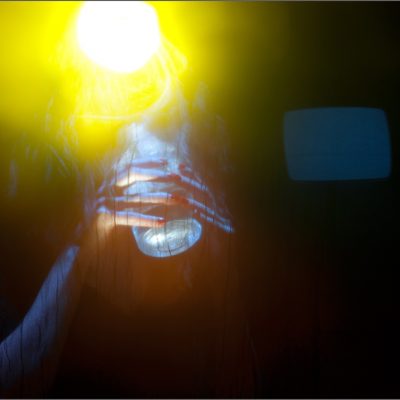 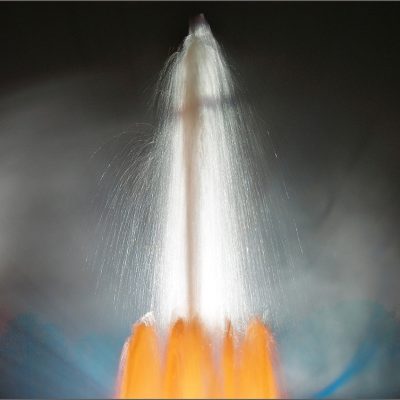 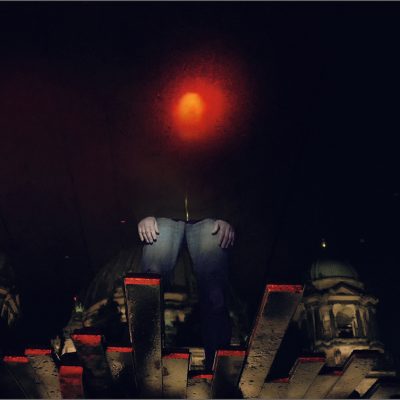 Is there any contemporary artist or photographer, even if young and emerging, who influenced you in some way?

BE: I’m mostly influenced by historic painters (the likes of Hieronymus Bosch, Rembrandt van Rijn, William Blake, C.D.Friedrich, Arnold Böcklin, Max Ernst) and film (Peter Greenaway), not so much by photographers to be honest. There really is no existing influence from the world of photography but a feeling of relatedness to some aspects in the work of Lieko Shiega, Roger Ballen, Sarker Protick, Nadja Bournonville, Alexander Gehring, Katrin Koenning, Alis Resnik, Magdalena Wywrot, Marlous van der Sloot and a young Bangladeshi photographer named Shadman Shahid.

Three books of photography that you recommend?

Is there any show you’ve seen recently that you find inspiring?

BE: At this year’s Noorderlicht festival, the curators Wim Melis and Hester Keijser built two opposing shows: one with a rational conceptual approach named ‘Data Rush’ and its counterpart ‘Pulse’, representing the intuitive, dark and emotional side.  Being one of the 15 ‘Pulse’ artists it felt like this was the beginning of something new, a symbol of some kind. This is what the curators said: «What we encounter in the work is someone looking back at us, with the kind of gaze that meets you in the mirror, and you’re not quite sure if you are looking at yourself or a stranger…the feeling of throwing yourself into the pool, of sudden cold rushing past your skin, the water entering your mouth, ears, nose, your senses.» It’s also worth checking out the whole list of artists here.

Projects that you are working on now and plans for the future?

BE: Carine Dolek (from Circulations Festival and Le Petit Espace, Paris) won the Young Curator’s Award, curating my work at this year’s PhotoLux Festival in Lucca, Italy. As the festival’s theme is “Sacred & Profane”, we are currently preparing a big solo exhibition mixing photography, wallpapers, video and objects. The opening is scheduled for November 21st.

Besides the fact that ‘THE POEMS’ is constantly evolving (I have been working on this for 6 years and since I became more focussed on installation the work takes off), I feel like I have freshly fallen in love, there is so much more to explore and expand towards the idea of a Gesamtkunstwerk.  I can’t imagine quitting this work and starting something new just yet.

How do you see the future of photography in general evolve? And where do you place yourself in this future?

BE: The technology of cameras is constantly evolving and like always there are artists working on this matter, making this technical development their subject.
I belong to the group of artists that can work with any type of technology, we look onwards and we are interested in timeless questions and archetypes. Technology just helps us to create our images and I predict that this small group of artists will grow. The last Noorderlicht festival based its whole festival on this distinction. On one side ‘Data Rush’, the conceptual ‘Tech-Geeks’ and on the other side ‘Pulse’, powered by desire, emotions and the quest for the unconscious.